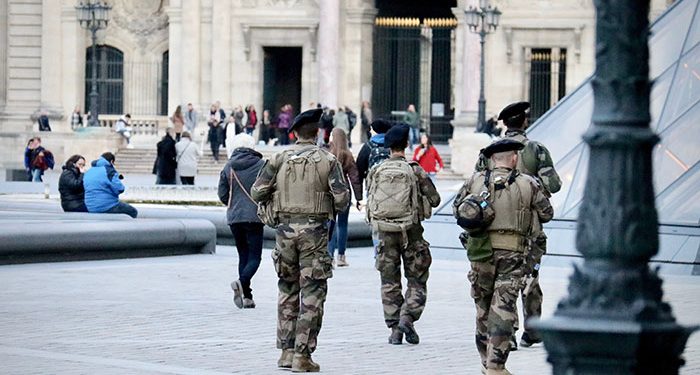 The terrorism threat level in the United Kingdom has been raised to ‘severe’. This is coming in the wake of recent attacks carried out in France and Austria, which have been associated with Islamic extremism, the BBC reports.

The severe level is the second-highest threat level in the United Kingdom. It is used in conditions where a terrorist attack is highly probable. Before now, the level that obtained was “substantial”, referring to conditions of likely attack.

Announcing this status change on Tuesday, Priti Patel, Britain’s Home Secretary, said via Twitter that it was not due to a particular threat but was a precautionary measure. She encouraged citizens to remain vigilant and endeavor to report all suspicious activities.

The shooting had been reported in Austria’s city of Vienna, where an Islamic extremist, aged 20, killed four persons and was later shot dead by the police. The suspect was a citizen of Austria and North Macedonia who had previously been convicted for attempts to belong to a Syrian Islamic extremist group. The incident occurred just a few hours before the commencement of a fresh nationwide lockdown due to coronavirus, Fox News writes.

Speaking on the attack, Sebastian Kurz, Austria’s Chancellor, said, “Yesterday’s attack was clearly an Islamist terror attack. It was an attack out of hatred — hatred for our fundamental values, hatred for our way of life, hatred for our democracy in which all people have equal rights and dignity.”

Another attack within the last week that the authorities associated with Islamic extremism against Europe involved a man who beheaded a woman at a church in France on Thursday. He also killed two other women. The mayor of the city of Nice, where the incident took place, said that the attacker, who was receiving treatment at a local area hospital after police arrest, was heard repeatedly exclaiming, “Allah Akbar!”. The authorities alleged that the suspect seemed to have acted alone.

Addressing the attack in Nice, President Emmanuel Macron of France told reporters that “It’s very clear that it is France that is under attack. France will not give up on our values against the Islamist terrorist attack.” Terrorism investigations have commenced, and France Prime Minister has revealed plans to increase the nation’s threat level to the highest.

Tensions in the region increased after the incident of an 18-year-old Islamic extremist beheading a French school teacher for displaying cartoon characters of Prophet Muhammad during a civics class.