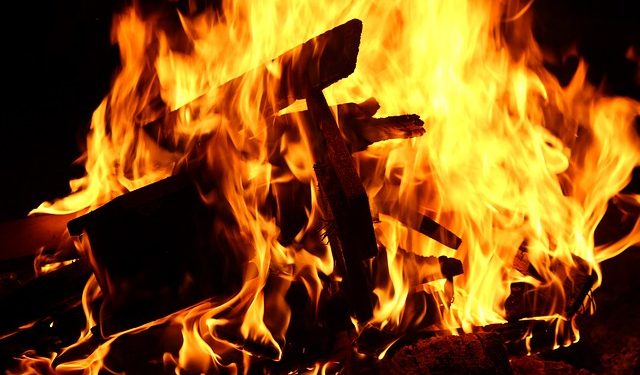 The Serum Institute of India, one of the biggest COVID-19 producing plants in the world, caught fire on Thursday afternoon. The plant, which manufactures millions of doses of the AstraZeneca COVID-19 vaccine, still has some construction works left in part of its 100-acre site. Authorities said five people died in the fire which totally destroyed the top two floors of the building’s five floors, CBS News reports.

Cyrus Poonawalla, chairman of the institute confirmed the loss of lives in the fire. He pledged the sum of $34,000 each for the bereaved families as a form of compensation which will be added to the other forms of payments that the victims were entitled to.

“It is a very sad day for all the members of the Serum Institute of India as a result of the lives that were lost in the fire outbreak,” Poonawalla said.

Murlidhar Mohol, the mayor of Pune, the Indian city that houses the institute, told reporters that the bodies of the casualties of the fire were recovered from the building after the fire. Adar Poonawalla, Cyrus Poonawalla’s son said that COVID-19 vaccine production will not stop, but the fire destroyed a vast number of vaccines for other diseases including Rotavirus disease and tuberculosis.

Authorities said they have started an investigation into the cause of the fire, as the reason for the outbreak was not immediately obvious. Covishield, the COVID-19 vaccine sold in India, is produced at the Serum Institute which announced last week that by March, it should have been about to manufacture 100 million doses of the vaccine.

The Indian government announced on Saturday, that by the seventh month of 2021, it hopes to have inoculated about 300 million residents of the country against the coronavirus. Apart from Covishield, the country will also use the Bharat Biotech Covaxin COVID-19 vaccine.

Serum Institute produces 1.5 billion doses of vaccines yearly, importing the drugs to over 170 countries. A lot of developing countries will benefit from the plant’s vaccines under the worldwide vaccination plan supported by the World Health Organization. The project which has been dubbed the COVAX plan has ordered 200 million doses of the vaccines from the facility.

In a few weeks, the facility is expected to send the first doses of vaccines to Bangladesh, Nepal, many countries in Africa, and some other Asian countries. On Wednesday, the Maldives received its first batches of COVID-19 vaccines from India.