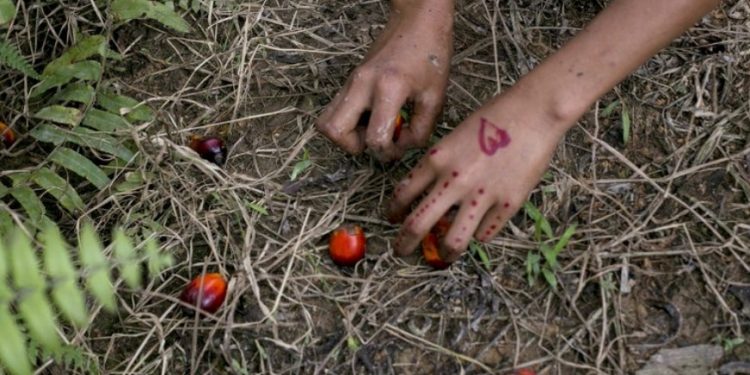 The Girl Scouts of the United States of America released a statement on Wednesday saying that it abhors child labor in its entirety and that the concept has no place in its famous cookies, AP News reports. The youth organization subsequently demanded that the two companies licensed by the Girl Scouts to produce its cookies – ABC Bakers and Little Brownie Bakers – quickly address reports of child labor linked to its palm oil supply.

The Associated Press had released a report on Tuesday linking Girl Scout cookies and foods by other well-known brands to thousands of Asian children tasked with harvesting the palm fruits used for palm oil, needed by the popular food brands. These children are often made to work long hours under stressful and dangerous conditions with little or no pay in the plantations of Indonesia and Malaysia.

In a tweet it made on its official Twitter handle, the Girl Scouts reiterated that child labor had no place in its cookie production. It noted that its quest to invest in the development of the youths did not mean some other young persons elsewhere in the world should take the fall for it.

The Girl Scouts noted that it belonged to an organization, the Roundtable on Sustainable Palm Oil, which promoted the fair treatment of workers and an ethical approach in the overall oil palm production process. It added that if certain suppliers of oil palm were not living up to the standards expected of them, it is anticipated that bakers should boycott such suppliers or take steps to remedy the situation.

Before publishing its report of Tuesday, the Associated Press had reached out to the Girl Scouts for its comments, which were not forthcoming. The AP had detailed in its report how a lot of underage children working in plantations across Indonesia and Malaysia were subjected to the precarious environment.

Most of the kids are unable to access available healthcare and also lacked access to good schools. A lot of them could not read or write. Some kids even live in constant fear of the authorities because they were the product of parents who work illegally in the country. There are also instances when young girls have been subjected to sexual abuse.

Investigations by AP showed that that child labor was the mainstay of the supply chain of Little Brownie Bakers, one of the two licensed bakers for the Girl Scouts. Little Brownie had no comments when the findings by reporters were made public. The other baker – ABC Bakers, owned by Ferrero, refused to reveal its suppliers, citing proprietary reasons.

Indonesian government officials have revealed that they are not aware of the actual number of children working in the country’s large palm oil industry. However, statistics by the United Nation’s International Labor Organization indicates that an estimated 1.5 million children between the ages of 10 and 17 work in the country’s agricultural sector, especially in its sub palm oil sector, which employs nearly 16 million people.

Conversely, in neighboring Malaysia, a government report shows that over 33,000 children work in the oil palm industry – and nearly half of them were between the ages of 5 and 11. However, the report skipped the thousands of young people from bordering countries who emigrated to the country to seek a means of livelihood in the booming agricultural sector.