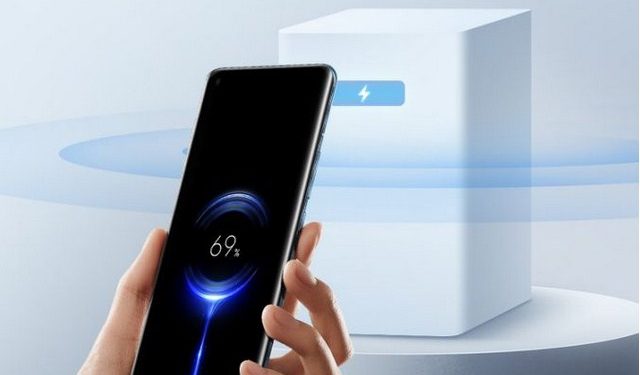 Xiaomi recently announced a new tech for its future devices, the Mi Air Charge tech, which will help users charge their smartphones from a considerable distance and all directions in a room. The Chinese smartphone company released a demo showing a prototype of the touchless remote charging port which will have over 100 antennas that seek out gadgets around a room.

Xiaomi said the later generations of the 5W wireless charging base will be designed to connect to other gadgets such as smartphones, fitness bracelets, and speakers, all at the same time. The company also stated that the tech has been designed to work around physical items such as furniture that might stop it from sending and receiving signals from devices.

Xiaomi said it is aiming for a completely wireless charging system especially in the sitting rooms, eliminating the need to have different chargers for lamps, smartwatches, speakers, and other gadgets. All of the smart devices in a home can be charged with just one port, Xiaomi added.

The technology sounds great, but it might remain elusive for some time. A company rep told reporters that the company is not going to be adding the Mi Air Charge tech to any of the devices it plans to release in 2021. The company is also yet to give a specific date for when we can start expecting Xiaomi gadgets to come with the Air Charge tech.

The company described the mechanics of the tech in a statement, explaining that the charging base and smartphone will contain antennas that seek each other out and connect before charging can commence. The antennas in the base will have protections against all forms of interference, and they would work together to single out compatible devices. The device to be charged will also have minute antennas that will be able to send and receive signals from the base.

The advanced tech might not be out as soon as we want even though Xiaomi has shown over a dozen patents and a demo video for the remote charging tech. Other companies, the most notable of which is Energous, have been working on similar techs for a long time, but such devices are not yet available in the market. What we have currently are charging through coils and pads, and even those are not available on many devices.

So You Want A Killer Storefront Design