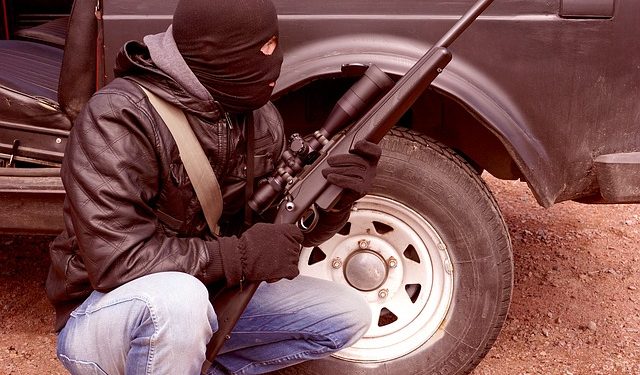 Nigerian authorities have revealed that they know the location of about kidnapped 337 students of Government Science Secondary School (GSSS), Kankara, that were kidnapped last Friday by armed bandits. According to Katsina State Gov. Aminu Bello Masari, negotiations are in the works to secure the release of the students.

Masari explained that the bandits have not made their demands very clear. However, he reiterated the pledge that the students would be brought back home safely, and every one of them accounted for. He noted that although security forces have located the exact den where the kidnapped children are currently held, they have been ordered not to engage the kidnappers so as to avoid the school children getting caught up in the crossfire.

Local police stated that the armed bandits, who were in large numbers, attacked the school last Friday using motorbikes. The authorities are postulating that a kidnap-for-ransom motive was at play here.

No exact figures have been given by the authorities since the kidnapping incidence occurred. Government officials said it has been difficult to truly establish the number of kidnapped students. When the attack occurred, some students successfully evaded the attackers, running away into nearby bushes and returning to the villages.

Abubakar Shekau, the purported leader of Boko Haram, said on Tuesday that the group was responsible for the kidnap of the school children. He released a short audio clip that was widely circulated in the media. Masari was quick to call for caution regarding the authenticity of the voice recording. While not entirely dismissing the voice audio clip, the governor said that forensic analysis would have to be carried out on the recording to ascertain the veracity, USA Today reports.

One of the kidnapped students was the child of a teacher. He reached out to his father, saying that the kidnappers may be motivated by money. When asked about the position of the government on ransom payment, Masari stated that it was not the policy of the government to negotiate with terrorist groups. He added that the government would find a way to secure the release of the students.

Observers are shocked by the successful kidnap of the students by Boko Haram in an area that has been outside their sphere of influence since the uprising of the terror group in 2009. The operations of the group have been largely restricted to northwestern Nigeria, particularly in their headquarters region of Borno State. However, with the recent crackdown on the group by security forces, experts said the operational strategy of the group might be shifting.

While there have been a series of kidnap for ransom in Katsina in recent years, an operation of this scale has never been witnessed before. Eyewitnesses have come out to say that Fulani gunmen may have been behind the attacks. Fulani gunmen have been known to carry out kidnaps in the area before.

In 2014, Boko Haram kidnapped over 300 schoolgirls in Chibok. After all these years, most of the girls were never returned. Another high-profile kidnap occurred in Dapchi in 2018, where over 100 schools were kidnapped by ISWAP – a faction of Boko Haram. They were released after negotiations.

Amnesty International condemned the recent kidnapping and said it was a violation of children’s rights in northern Nigerian to go to school without fear of consequences.