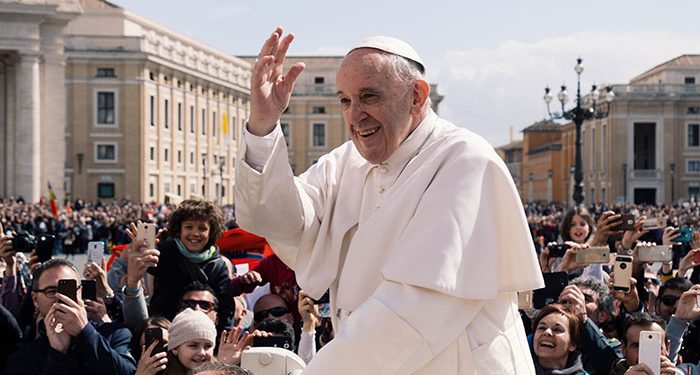 Pope Francis has appointed the African American Archbishop of Washington DC, Archbishop Wilton Gregory, as one of the 13 newly appointed Cardinals of the Roman Catholic Church. The appointment was announced on Sunday, making Archbishop Gregory the highest-ranking prelate of black descent in the country. Archbishop Gregory, 72, was ordained in Chicago in 1973 and is famous for his role in the Catholic Church’s response to an inside sexual abuse scandal that rocked the church in the early 2000s.

“With a very grateful and humble heart, I thank Pope Francis for this appointment which will allow me to work more closely with him in caring for Christ’s Church,” cardinal-elect Gregory declared after the announcement was made.

Pope Francis has been known for denouncing racism as well as other forms of discrimination against other humans of a different race, sexual orientation, or class. The Pope believes that Christians must preach love and peace to everyone regardless of skin color or sexual orientation.

Gregory was born, brought up, and ordained in Chicago as stated in his biography on the website of the Archdiocese of Washington. He is the seventh bishop to serve at the Diocese of Belleville, Illinois. He served at the Diocese from 1994 to 2004 until Pope John Paul II named him Archbishop of the Archdiocese of Atlanta. During his rule as the president of the United States Conference of Catholic Bishops, the committee enforced the “Charter of Protection of Children and Young People” laying down five policies for taking care of a sex abuse crisis that rocked the Catholic Church in the early 2000s.

During his tenure in Atlanta, Gregory came under criticism for spending $2.2 million in church money earmarked for charity to build a Tudor-style mansion for the archbishop’s residence. He made national news in 2014 when he sold the mansion and used the proceeds for pastoral work, a move in keeping with the austere priorities set by Pope Francis.

Pope Francis named Gregory the 7th Bishop of the Archdiocese of Washington on April 4, 2019. Some months ago, Gregory rebuked President Donald Trump and First Lady Melania Trump for their visit to the Saint John Paul II National Shrine in Washington, D.C. to take pictures days after protesters were assaulted with tear gas outside the White House so that the President could go take pictures at the St John’s Episcopal Church, Yahoo News reports.

“I find it baffling and reprehensible that any Catholic facility would allow itself to be so egregiously misused and manipulated in a fashion that violates our religious principles, which call us to defend the rights of all people even those with whom we might disagree,” Gregory said.