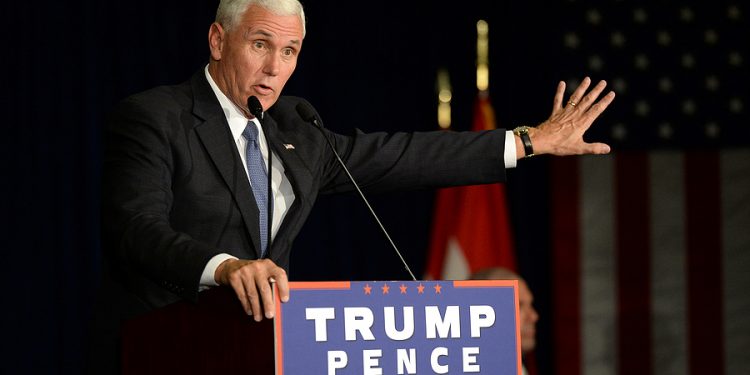 About five members of Vice President Mike Pence’s inner circle tested positive for coronavirus recently, and more could come down with the virus in the coming days. However, the vice president said he would not quarantine himself, in clear violation of recommendations by the US Centers for Disease Control and Prevention (CDC).

According to a statement by vice president’s spokesman Devin O’Malley, the VP’s chief of staff, Marc Short, was the first person to test positive for the virus within the team in what looks like a long list ahead. A senior political adviser to the vice president, Marty Obst, and three others later tested positive for the disease, New York Times reports.

The spokesman revealed that Pence and Second Lady Karen Pence tested negative and are in good health.

“While Vice President Pence is considered a close contact with Mr. Short, in close consultation with the White House Medical Unit, the Vice President will maintain his schedule in accordance with the CDC guidelines for essential personnel,” O’Malley said.

While appearing in the “State of the Union” program with CNN’s Jake Tapper, the White House Chief of Staff Mark Meadow refused to disclose the number of people connected to the vice president that may have contracted the virus. He cited the breach of medical confidentiality in sharing such personal information. He said he was only allowed to disclose that if the VP and president or people very close to them endanger others.

A high point of the interview session with Tapper was when Meadow said that the Trump administration is not going to control the pandemic but will use other mitigating measures. This comment received wide reactions from figures with the government, especially among the Democrats, who lambasted President Donald Trump for his poor handling of the pandemic.

The recent outbreak of another round of coronavirus infections within the White House is coming only eight days to the US presidential election. Observers said this development does not augur well for the process. Earlier last month, President Trump contracted the coronavirus but had since recovered – spending only three days in the hospital.

VP Pence is expected to be in the Senate to participate in the confirmation of Judge Amy Coney Barrett to the Supreme Court. While in Florida for a rally on Saturday, the vice president had said that he couldn’t afford to miss the vote.

While Barrett’s confirmation may have looked very certain, that assurance has been rocked with three Republican senators coming down with the coronavirus. They are Sen. Mike Lee (Utah), Sen. Thom Tillis (North Carolina), and Sen. Ron Johnson (Wisconsin). Lee and Tillis had both attended the Barrett’s White House nomination ceremony. That event has since been tagged as a superspreader event by experts.