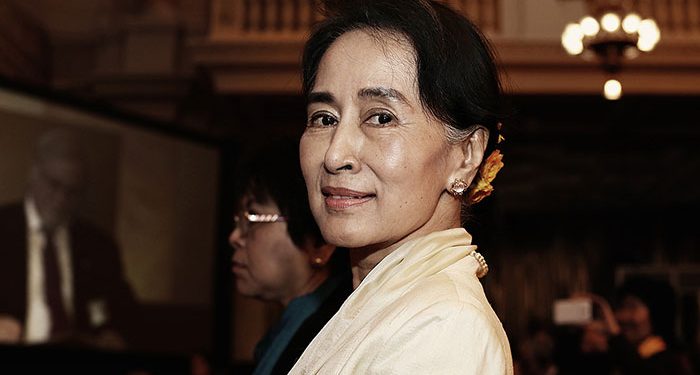 Aung Suu Kyi, State Counselor and De Facto Leader of Myanmar, as well as the country’s National League for Democracy (NLD) party, is set to record another win on Sunday, the second general election that will be held in the Asian country since the dictatorial military regime ended in 2015. The election is occurring in a country currently riddled with the ethnic crisis as well as a spike in COVID-19 infections.

Suu Kyi, a Nobel laureate, and the NLD party were instrumental in the struggle to abolish the tyrannical military rule which lasted for fifty years. Five years after the Democratic rule was introduced, Suu Kyi and her party are poised to record another victory after the landslide victory in 2015 despite the ethnic vision and crises and claims that the party was unable to deliver its electoral campaign.

During the five years of democratic rule, the Myanmar minority group, the Rohingya Muslim population experienced a lot of discrimination in the hands of the Myanmar military proudly led by Suu Kyi. At least 740,000 members of the ethnic group fled the country to Bangladesh between 2016 and 2017. During that time, members of the tribe reported experiencing brutalities such as gang rape, mass killings, dehumanizing treatments as well as the destruction of personal property, NPR reports.

International communities have denounced Suu Kyi’s treatments of the minority groups in the country stating that she is not the revolutionary leader she made the world believe in 2015. Suu Kyi, who was a victim of brutal military treatment herself suffered through two decades of house arrest. The Myanmar government has denied claims of mass killings, rape, and torture, claiming instead that the military campaign is against terrorists in the country.

Members of the Rohingya ethnic group who chose to stay in Myanmar are forced to live in deplorable conditions, disenfranchised, and are widely discriminated against according to reports. The political parties belonging to members of the ethnic group have also been disbanded and the brilliant politicians stopped from running for any office in the country.

Despite the reports, it seems Suu Kyi and her party will still win the election as many people of the major Burma ethnic group in the country have complete trust in Suu Kyi’s government. This claim is backed by a 2020 poll carried out by the People’s Alliance for Credible Elections, an independent organization following elections credibility in the country. The poll records that 79% of Myanmarese citizens wish to vote for Suu Kyi.

Myanmar is currently suffering from a bad second wave of the coronavirus pandemic. The country went from an average of 100 new cases per day to about 2,000 new cases in October. With a total case of 57,900 infections, health experts are worried about how the country which has one of the worst healthcare systems in the world will cope with the outbreak.

Opposition parties have asked Suu Kyi to postpone Sunday’s election to avoid large gatherings but she has refused, stating that there will be safety measures in place at the poll to stop the spread of the virus. A large outbreak could spell doom for the Asian country’s poor economy and health care system according to experts.