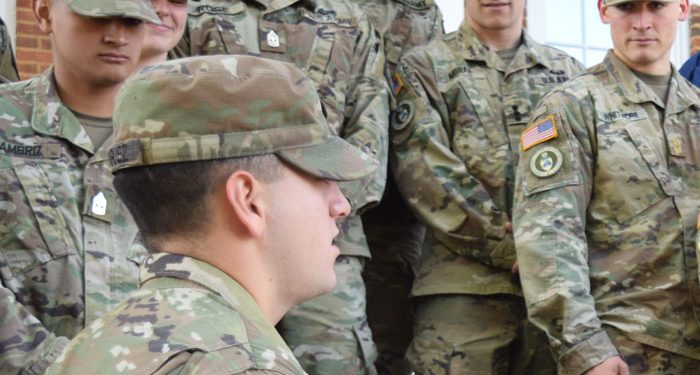 The newly created United States Space Force has been deployed to Qatar in its first foreign mission. With 20 officers transferred from the regular US Air Force to constitute the first US Space Force, the team was sent off to the Al-Udeid Air Base in Quarter to wage and cordon off space wars.

The new US Space Force was created by President Donald Trump to constitute the sixth branch of the US military. The squadron in Qatar is headed by Colonel Todd Benson. He said the core mission of the Space Force is to defend and protest US space interests which became more pressing when other nations stepped up their space technologies to constitute a threat to the United States’ interests.

“The US military would like to see a peaceful space,” Col. Todd Benson said. “Other folks’ behavior is kind of driving us to this point. We’re starting to see other nations that are extremely aggressive in preparing to extend conflict into space. We have to be able to compete and defend and protect all of our national interests.”

Considering that Iran has launched several missile programs aimed at jamming and hacking the satellites of the nations, the United States feels threatened that unless it stepped up her Space Force for extraterrestrial warfare, they might be caught napping when other nations arise in battle. The last time the US engaged in any space wars with any foreign nation was in 1991 when the US relied heavily on GPS satellites to repel Iraqi forces in Kuwait in Operation Desert Storm.

The 20 members of the first US Space Force took their oaths of service on September 1, and they are expected to grow to a projected force of 16,000 troops. The Trump administration has signed off on a 2021 budget of $15.4 billion for the new military branch and this will enable them to carry out space operations such as tracking and blocking enemy maneuvers via satellite technologies and other aerial strategies.

Earlier this year, the United States killed one Iranian general after pulling out of the Iranian nuclear agreement. Iran responded shortly after by shooting ballistic missiles at an American military base in Iraq although the attack failed to kill any American soldier, it destroyed several military infrastructures in the base.

The country’s Revolutionary Guard also launched a military satellite into space and the United States among other nations felt they should respond appropriately to the threat. Added to this is the constant fact that China’s and Russia’s advanced space technologies continue to be a critical headache to the US government and they feel they must be better constituted to match the space threats.