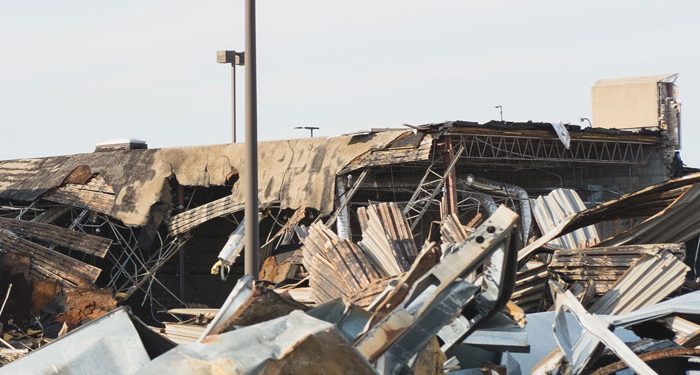 Ten people have been killed and about 25 trapped after a three-story building collapsed overnight in Bhiwandi, a town 40km (25 miles) away from Mumbai, India. President Ram Nath Kovind and Prime Minister Narendra Modi have offered their condolences to the bereaved, Aljazeera reports.

According to the National Disaster Response Force (NDRF), the three-story building collapsed around 3:40 am while residents were still asleep. NDRF Commandant Ithape Pandit said 10 people lost their lives in the disaster and 19 people have been pulled out alive from the rubble, two little boys of four, and seven years old included.

Thirty rescue workers from NDRF and 40 other emergency workers are involved in the rescue operation, and they continue to dig through concrete bricks and wrought iron as well as electrical wires to try to reach the trapped. They are racing against time in case there are survivors still trapped in the rubble. Even rescue dogs were deployed to sniff out survivors in the rescue operation.

A commissioner in the Bhiwandi-Nizampura City Municipal Corporation, Pankaj Ashiya, was reported as saying the collapsed building is over 40 years and had been listed for demolition. He was said to have issued a quit notice to the residents and ordered tenants to vacate the building because it was unsteady.

One of the residents who was lucky to escape before the building collapsed, 35-year-old Sharif Ansari, said he and his wife heard crumbling sounds and observed cracks on the floor before they frantically woke other neighbors and rushed down from the building.

Both President Ram Kovind and PM Narendra Modi have expressed their condolences and offered their prayers for more survivors.

“The loss of lives in the building collapse at Bhiwandi, Maharashtra is quite distressing,” President Ram Kovind said. “In this hour of grief, my thoughts and prayers are with the accident victims. I wish speedy recovery of the injured. Local authorities are coordinating rescue and relief efforts.”

Data from the National Crime Records Bureau revealed that over 1,200 people lost their lives in unfortunate building collapses across the country in 2017.

“Saddened by the building collapse in Bhiwandi, Maharashtra,” PM Narendra Modi said. “Condolences to the bereaved families. Praying for a quick recovery of those injured. Rescue operations are underway and all possible assistance is being provided to the affected.”