FCC Chairman, Ajit Pai, to Step Down in 2021 under the Biden Administration 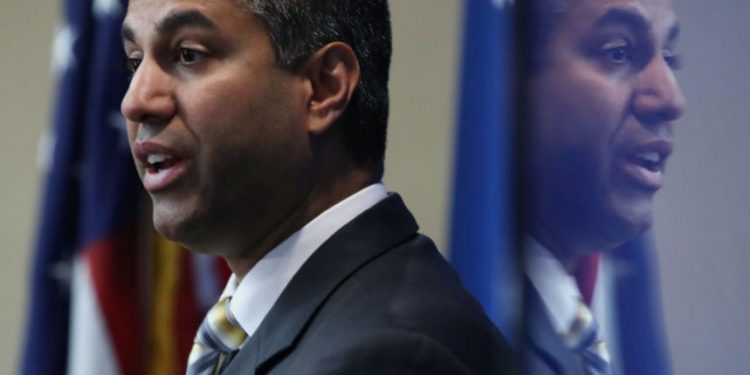 The Chairman of the Federal Communications Commission, Ajit Pai, will not continue in his role in the administration of President-elect Joe Biden, according to a statement released on Monday. This announcement has a significant implication for balance across party lines in the commission, with the Democrats able to clinch a majority sooner than expected, CNBC reports.

The tenure of the Pai was to end in June 2021. Now, Biden will be nominating a Democrat to replace him. The FCC chairman, who penned down an emotional statement, said it had been an honor to serve at the commission, including steering the ship of the commission in the past four years.

Pai recognized former President Barack Obama for appointing him as a commissioner in 2012. He thanked the Senate for his confirmation, particularly the role Senate Majority Leader Mitch McConnell played in that capacity. He also appreciated President Donald Trump, who elevated him to his current position as chairman of the commission. Pai made history in 2017 when he became the first Asian-American to head the commission.

As Pai steps down, the overall balance of the commission is expected to shift towards favoring the Democrats. When he came into office in 2017, Pai led other Republican commissioners to expunge standing regulations that prevented internet service providers from blocking or reducing traffic speeds to certain websites. It also allowed these service providers to charge higher prices for high speeds, although most of the service providers are yet to leverage on the new regulations.

Advocacy groups promoting net neutrality welcomed the pending change at the FCC. Evan Greer of Fight for the Future said the news of Pai’s departure could not have come at a better time. He said policies instituted by Pai have allowed ISPs to take advantage of consumers. He referenced the latest announcement by Comcast to bring back their data caps on data plans, Arstechnica writes.

Greer decried this move coming at a time when the nation was battling a pandemic, and everyone was going online to work remotely, including students who had to take online classes. Greer said a new face was needed at the FCC to correct the ills done by Pai and some of his right-wing leaning commissioners.

Pai had supported Trump’s move to remove the shield protecting tech companies from legal liability. He said the commission had the right to determine the right interpretation of Section 230. However, with his exit, it is unlikely that follow-up actions would be taken in that respect.

The two Democrats on the commission rejected the moves by Pai. According to the law, the commission, made up of five persons, cannot have more than three persons from the same party line. The President has the power to appoint someone to head the commission from among the commissioners or externally. However, the appointment is subject to confirmation by the Senate.

Jessica Rosenworcel and Geoffrey Starks are the current Democrats on the commission. Mike O’Rielly and Brendan Carr are the other two Republicans on the commission. While Carr still has a few years ahead of him, O’Rielly’s nomination was repealed by Trump when he didn’t support Trump’s move on the executive order to amend Section 230.

Nathan Simington is Trump’s new candidate. He has appeared before the Senate, but a vote on his confirmation is expected to be delayed due to the Senate’s recess.