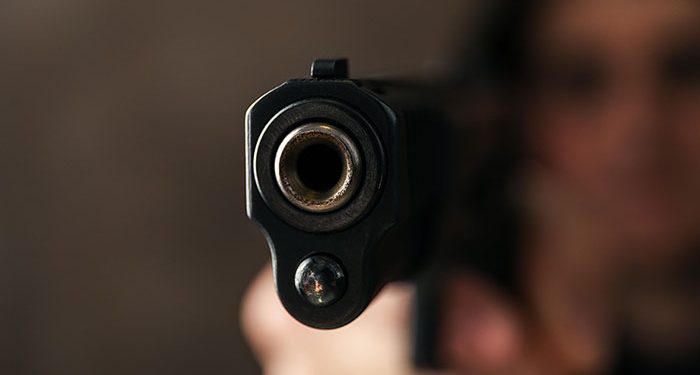 Armed robbers raided a city in southern Brazil on Tuesday, December 1, and carted away valuables from a local bank. The criminals, armed to the teeth with rifles, hijacked the streets of the city, shooting as they broke into the bank. They arrived in 10 vehicles, and eyewitnesses reported they were at least 30 in number.

Video footage recorded by inhabitants of the city show masked armed men covered entirely in black. The men, according to the video, took some residents hostage and shot into the air while they prepared to loot valuables from the bank. Criciúma, which has a population of about 220,000 is located in Santa Catarina state in the southern part of Brazil.

The head of the robbery and kidnapping department of the Santa Catarina state police, Anselmo Cruz, told local reporters that the armed men seemed to have adequate knowledge of the city since they blocked off major roads to stop police reinforcements from gaining access while the operation lasted. Describing the incident as “unprecedented”, Cruz stated that the state didn’t have enough resources to stop an attack of such scale.

“The state has never experienced such, we’ve never seen so much violence,” Cruz told reporters on Tuesday.

The raid started around 12 a.m. local time on Tuesday and lasted for at least two hours. The armed men, according to images aired by local news outlets, were able to break into a bank vault and carted away valuables. They also left behind some bills spread over all the streets and which local law enforcement officials later collected. Cruz also confirmed that the vehicles that the armed robbers used were later recovered by the police in one of the city’s neighboring towns.

The bank that was robbed is one of the branches of the Bank of Brazil which has since released a statement that the Criciuma branch will stay shut. The bank is yet to provide any information about what the armed robbers took with them or confirm if indeed the branch was a regional treasury as people speculated.

A robbery with a similar model of the operation took place in Botucatu, a city in Sao Paulo State in July. About 30 armed robbers also infiltrated a local bank, took hostages, and entered into a vicious gun battle with local law enforcement officers before they left the scene.

Clésio Salvaro, mayor of Criciuma, urged residents to stay away from the streets on Tuesday during the robbery. In a tweet, the mayor urged the inhabitants to stay safe and also warned them about the ongoing robbery.

“There is a vicious robbery ongoing right now and the robbers are armed and dangerous,” Salvaro tweeted. “As your mayor, I urge you to stay home and stay safe. It is also important to spread the information so tell your friends and families to stay in their homes too while the police get the situation under control.”

About two injuries were reported following the armed robbery operation.