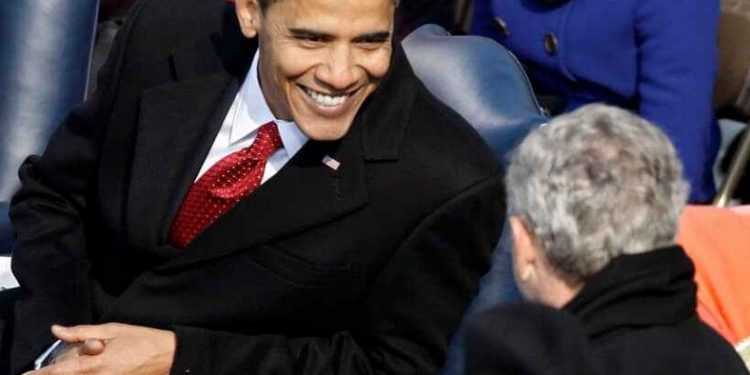 Former President Barrack Obama told reporters during a recent interview that he trusts the scientists behind the development of a COVID-19 vaccine. He confessed his faith in Dr. Anthony Fauci, the nation’s top immunologists, and other top scientists who have approved its use. Obama explained that he is considering taking the vaccine on TV to further reinforce people’s faith in the process and quell any reservations, especially amongst the black community.

In the interview, the former president explained that essential workers would be the first set of citizens to receive the vaccine as experts have advised; and that as soon as it is available for other members of the population, he would probably take it on TV so that people can see that he strongly supports the science behind the vaccines.

“What I don’t trust right now is being infected with COVID-19,” Obama said during the interview. “It is clear that members of the African communities in the United States – African Americans, Hispanics, and Native Americans, have contributed immensely to the death toll of COVID-19, we are the most exposed and vulnerable as a result of our underlying health challenges.”

The interview which was posted on YouTube on Wednesday might have some effects on the reservations a huge number of Americans have about the vaccine. A poll carried out earlier this week shows that quite many Americans are still not sure they would receive COVID-19 vaccines. Obama assured Americans that he has complete confidence in President-elect Joe Biden and the plans he has to combat the pandemic.

Obama also acknowledged the excellent work of Anthony Fauci, who has numerous times questioned the approach of the present administration towards the pandemic, CNBC reports.

“I know Anthony Fauci, and I have worked with him enough to place my complete trust in him,” Obama explained. “If he says the vaccine is safe and effective against the coronavirus, then I’m certainly getting vaccinated.”

Obama also addressed the reservations of the black community towards getting vaccinated. He said that this possibly stems from the way the country has addressed the health challenges of Blacks starting from the Tuskegee trials which prevented Blacks from getting vaccinated against syphilis so that the disease could be further studied. Obama explained that no matter how unfair history has been, vaccines are very helpful.

The Democrat explained that vaccines have helped stop the spread of killer diseases and infections such as polio, measles, and smallpox. His interview is coming after Moderna announced on Monday that it has applied for authorization of its COVID-19 vaccine in the US and Europe. It is very possible that the first dose of vaccines would start rolling out soon as the pandemic continues to wax strong.

Hospitals in the country are reaching capacity as the country is recording a daily average of over 100,000 new cases and 1,000 deaths. Globally over 1 million people have died from COVID-19 complications just a year after it was first discovered in China.