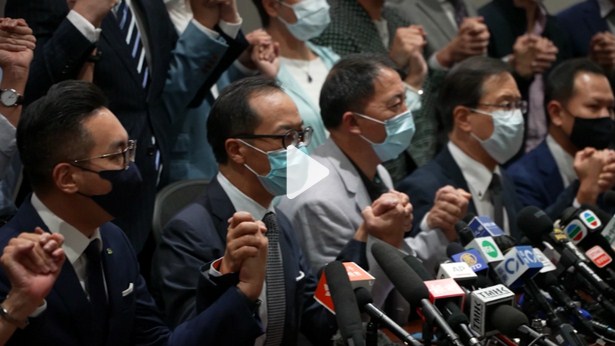 Ten Hong Kong activists apprehended in August while trying to flee the city are to be jailed in Mainland China for crimes for unlawful border crossing. Their sentences vary, with some to spend months in prison, while the organizers of the illegal trip will spend up to three years in prison. According to reports, most of the activists were facing charges connected to the anti-communist demonstrations before they attempted to flee to Taiwan, NY Times reports.

Before the activists were sentenced on Wednesday, mainland officials in Shenzhen handed over two underaged suspects who were also apprehended with the activists in August, to Hong Kong Police. The law enforcement officials stated that the two had confessed to the attempted illegal migration, but they have not been indicted.

Officers of the law and public prosecutors in Shenzhen refuted the representative’s claims of maltreatment. The officials state that the accused had access to legal counsel. This claim might, however, not be entirely true as it has always been the practice of mainland China to appoint government-approved lawyers for suspects, denying them access to their lawyers.

The outcome of the case has been the focus of many debates in Hong Kong and other countries, especially as it symbolizes China’s continuous penalties against political liberation since the country passed its new security law on Hong Kong earlier this year. The security law seeks to end the city’s semi-autonomous nature especially in the light of last year’s protests.

Many well-known activists have had to flee the city with some seeking asylum in foreign countries. The activists feared that they would be arrested in connection with the protests. Their fears are not unfounded. On Tuesday, Tony Chung, an independent activist in Hong Kong was sentenced to four months imprisonment for illegal assembly and abuse of the country’s flag during last year’s protests. Chung was sentenced according to the stipulations of the new security law.

The Asian country has closed down different avenues to stop suspected activists from fleeing the city. Months ago, the Coast Guard announced that it was monitoring the waters and would arrest anyone that seeks to illegally flee to Taiwan.