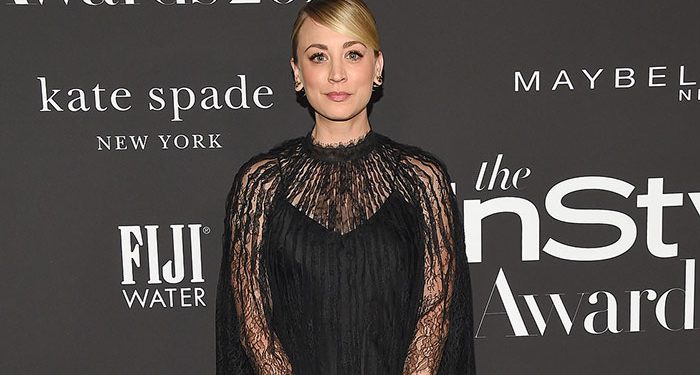 Big Bang Theory star Kaley Cuoco was a guest on Dax Shepherd’s Armchair Expert on Monday, where she talked about her experience on the set of the multiple award-winning TV shows, which ran from 2007 up until 2019.

The high point of the interview session was when Cuoco, 34, revealed what it was like to act alongside her then-boyfriend and co-star Johnny Galecki, whom she dated during the early stages of the series before the pair broke up.

Cuoco revealed that she and Galecki dated for almost two years during the running of the show. She said she had feelings for him during the shooting of the show’s pilot, but nothing could happen because he was in a steady relationship with his then-girlfriend, Daily Mail reports.

However, as their work relationship proceeded, both felt they could give romance a trial, and an affair happened to click between the pair. But after two years together, the couple decided to go their separate ways.

She explained that it was complicated handling it at first, but the TV show’s creator, Chuck Lorre, came through for the both of them. She revealed that during the initial stages of their separation, they had to work together, especially on sensitive sex scenes that involved close body contact, which made working together awkward. However, Cuoco said they both handled it pretty well as professionals.

She jocularly revealed that maybe Lorre, as the show creator, was trying to tease them, as the number of sex scenes they had to shoot became unusually high.

The actress said that the whole episode of their breaking up and getting to work professionally on the sidelines strengthened the friendship between her and Galecki. She said that both of them didn’t want to allow their private lives to affect their careers.

Galecki also acknowledged the great friendship that has come out of their past romantic relationship.

“We’re dear friends, still,” he said. “Kaley’s not just an ex, she’s a part of my life. It was a wonderful relationship, but we never spoke a word about it and never went anywhere together.”

While Cuoco is now married to Karl Cook, an American equestrian, Galecki has been dating Alaina Meyer, an American model, since 2018. They have a son together.

Wear Masks to Protect Yourself and Those around You – CDC Urges