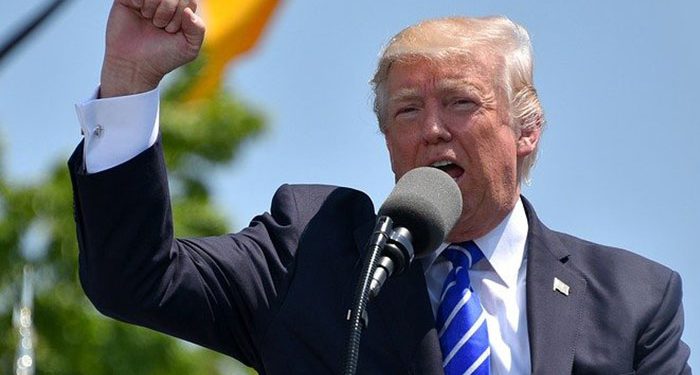 President Donald Trump’s camp is divided on how the president should go about his reelection loss. While one camp led by first lady Melania Trump and Jared Kushner, the president’s son-in-law and senior is coming to terms with reality and urging Trump to admit defeat, the other camp led by the president’s adult sons and other close associates are urging the president to carry on.

Sources close to the Trump campaign team said the campaign was planning on using a barrage of messaging to convince supporters that the president’s mandate was stolen from him, especially in key battleground states. The team plans to present an argument that dead people voted in the elections.

The aim is to create the needed doubt about the result of the election among a wide range of supporters and non-supporters alike, leading to the various state secretaries to open investigations or call for a vote recount. This strategy would give the Trump campaign more time to prolong the entire process and bring on more lawsuits to the courts.

Several members of the Trump’s family and some Republicans have pushed on with this theory of dead people voting in the elections. A former House Speaker Newt Gingrich and former acting Director of National Intelligence Richard Grenell is amongst Trump’s allies pressing on with this theory. However, when media outlets such as CNN analyzed these claims, they were found to be false.

President Trump has not hidden his desire to challenge the results of the elections to the public. He has said he will pursue the matter to the highest courts in the land and urge his supporters to keep the faith.

However, Trump’s campaign spokesman Jason Miller has come out to deny reports that the president’s son-in-law asked him to concede defeat. Miller made a tweet on Sunday morning, where he denied claims by CNN that such an event has taken place. He said Kushner believes the president was robbed and had advised him to use all legal means to reclaim his mandate. It is expected that Trump’s campaign will begin the legal battle to pursue their case on Monday.

The Joe Biden campaign has also made it clear there has been no form of contact from Trump or his close associates. A senior adviser for the Biden campaign, Symone Sanders, said although nobody from the White House has reached out to Joe Biden’s team, some Republicans from congress have made contact.

However, many other Republicans are frustrated with Trump’s actions and have called on him to present stark evidence of voter fraud or concede defeat.

The congressional race in Georgia could determine who controls the Senate, and a lot of Republicans’ eyes have shifted to the elections in that state. Trump is frustrated by this and has asked allies to pay more attention to his problems and help him pursue his case.

5 Things to Consider When Adopting in California