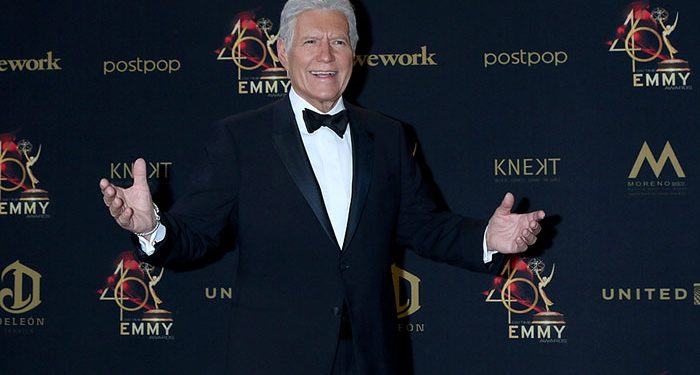 The host of one of the most popular game shows in the world, Jeopardy! Alex Trebek is dead. His death is coming more than a year after he revealed to the public that he was on stage 4 of a pancreatic cancer diagnosis, Daily Mail reports.

Trebek, who has become a phenomenal figure and a sort of icon in most homes all around the world, hosted the game show for more than 35 years. He was aged 80. The official Twitter handle of Jeopardy! announced his death.

“Jeopardy! is saddened to share that Alex Trebek passed away peacefully at home early this morning, surrounded by family and friends. Thank you, Alex,” the tweet read.

Trebek had announced that he was undergoing another round of chemotherapy last year and was trying to be strong. While on an interview with CTV News, he said he was not afraid to die and would keep striving hard to survive until he either won or lost the battle. He said that he had led a good life and that his overall positive attitude was his source of strength throughout his ailment.

When Trebek made the announcement about his health, a lot of fans of the show thought he would be taking the much-needed break from the show, which he hosted for about 7,000 episodes and won seven Emmys, including the most recent in 2020. However, fans were treated to a surprise when he made a comeback for the Season 37 of the show, Yahoo News writes.

Talking about his 2020 Emmy award, Trebek said he was concerned that sympathy votes would significantly play a role when the award was decided, and he didn’t want for that to happen. He said he wanted to be given an award only on the basis of the merits of his work. Nevertheless, Trebek said he was comforted by the fact that he did not win in 2019 when he had a ground-breaking surgery that was supposed to have influenced voters. However, his win in 2020 meant he truly deserved his award.

Trebek was born in Sudbury, Ontario, Canada, on July 22, 1940. His father was a chef who had emigrated from Ukraine when Trebek was still a child. He attended the University of Ottawa, where he came out with a degree in philosophy in 1961. However, he had his sights set on a career in Journalism.

He landed his first job in the broadcast industry with the Canadian Broadcasting Corporation, CBC TV, in the 60s. He quickly won over a large audience thanks to his charming disposition. He hosted programs that covered everything from music to sports, and gradually his love for quizzes and game shows became evident.

In 1973, he traveled to the United States, where he landed his first job as the host of the NBC game show The Wizard of Odds. The show only lasted for a year, but soon enough, he was hosting other shows like High Rollers, The $128,000 Question, Battlestars, and Pitfall.

It was in 1984 that Trebek would land the gig of hosting a game show that would change the trajectory of his career and life forever. He was called to host the revival of Jeopardy! which had originally aired in the 60s. The original host Art Fleming had declined to return.

Trebek’s had a trademark, which was his mustache. However, in 2001, he surprised everyone when he took it off. When questioned why he took such a step, Trebek responded that he felt like it. He was married to Currivan, 50, whom he wedded in 1990. He said he cherished her and regretted that he hadn’t met her earlier.

A lot of tributes were penned down on social media when news of his death became public knowledge. There were tributes from Ryan Reynolds, Reese Witherspoon, John Legend, and Nancy Sinatra. Trebek is survived by his wife, and two children, Matthew, 29, and Emily, 27.

Smartphones Running on Android 7.0 or Less Won’t Be Able to Access Some Websites In 2021