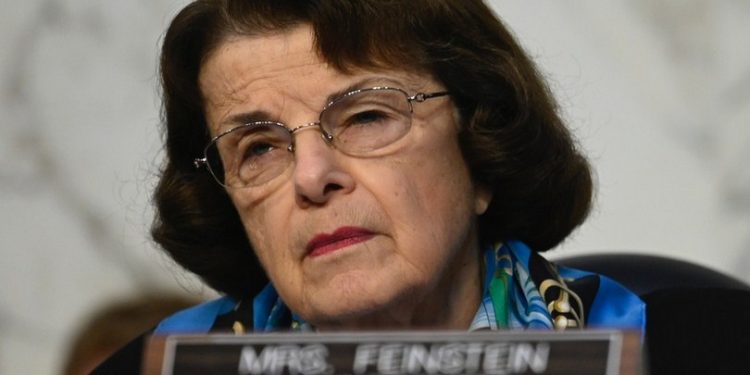 Diane Feinstein will step down from the Senate judiciary committee. She made a statement on Monday saying the time has come to call it quits since she would not be seeking a ranking position in the next Congress, the Guardian reports.

She said that her home state of California was facing problems that threaten to bring the state to its knees. She explained that she wants to dedicate the rest of her time in the coming Senate to eradicating these threats, which she gave as wildfire and droughts – the results of a changing climate. Feinstein was the topmost Democrat on the committee.

Dick Durbin from Illinois, and currently the Senate Whip, said he would replace her. Durbin noted that having served for 22 years and being the most experienced on the committee, he was duly qualified to clinch the role. He said his goal after clinching the position would be to remedy the harm that has been done to fundamental human rights from 2016 to date, Politico writes.

Feinstein has been pressured from all corners to step down from her position due to the way her committee swiftly confirmed Judge Amy Coney Barrett. She was all smiles during the confirmation hearing and was seen to have been unduly jovial with Lindsey Graham, her counterpart in the Republican Party.

After the hearing, she described it as one of the best the committee has had in recent times. Feinstein, 87, was a lone voice in such cordial description of the confirmation hearing, as other Democrats criticized the way and manner the Republicans went about it.

Many other concerned advocacy groups called out Feinstein. Many of them argued that Feinstein threw the advantage that the Democrats had in filling the seat with the late Justice Ruth Bader Ginsburg. Groups like Naral Pro-Choice America said Feinstein was not in tune with the needs of the American people and requested that the committee should be given a breath of fresh air with new leadership.

Feinstein has been in the habit of going against the dictates of her Fellow Democrats. In 2017, she brought up the issue of Barrett’s religion when she questioned how faith affected her stance on abortion. She concluded that Barrett’s rulings were deeply affected by her religious persuasion. Barrett is a member of the secretive faith group, the People of Praise – a charismatic catholic group.

The Republicans took advantage of this misstep to lampoon the Democrats and their bias against Catholics. The uproar caused by Feinstein’s statement enabled Barrett to win the needed support to further her career on the bench.

Feinstein has come a long way in her political career. She first served as Mayor of San Francisco, rising through the ranks to become a Senator in 1992. She has served in many high-profile committees, especially Intelligence.

While Feinstein would still be in senate committees such as the judiciary, appropriation, and intelligence, she would serve as an ordinary member. The Senate Democratic Leader Chuck Schumer thanked Feinstein for her service over the years.