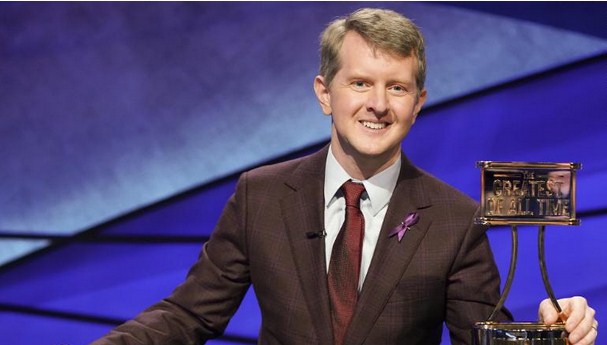 Ken Jennings, one of the famous participants in the Jeopardy show, will be the host of the popular show for a while after the death of Alex Trebek.

In January 2011, Ken Jennings went to a press conference to talk about his coming man-versus-machine Jeopardy competition. Alex Trebek hosted the show for 37 seasons. He died on November 8 after he was diagnosed with pancreatic cancer.

After the death of Trebek, there will be several guest hosts who will take turns in hosting the show. Well, Ken Jennings is the first on that list.

“Alex believed in the importance of Jeopardy! And always said that he wanted the show to go on after him,” said Mike Richards, the executive producer of Jeopardy.

He said that Alex’s legacy will be honored if they continue to produce the game he loved with bright participants and difficult hints. In order to promote a sense of togetherness and continuity, familiar guest hosts who have been in the show before will be brought in for the viewers.

Since 2004, Ken Jennings, the popular participant who is now a consulting producer became the highest-earning American game participant. He has crowned the champion in the Jeopardy Greatest of All Time tournament that took place at the beginning of this year.

According to Sony, more hosts will be unveiled in the coming weeks. The first episodes to be aired in January will be the ones Trebek filmed last. After that, episodes hosted by Jennings and other hosts subsequent hosts will be aired from January 11.

Ethiopian Commission Releases Report of a Massive Massacre in Tigray