Ethiopian Commission Releases Report of a Massive Massacre in Tigray 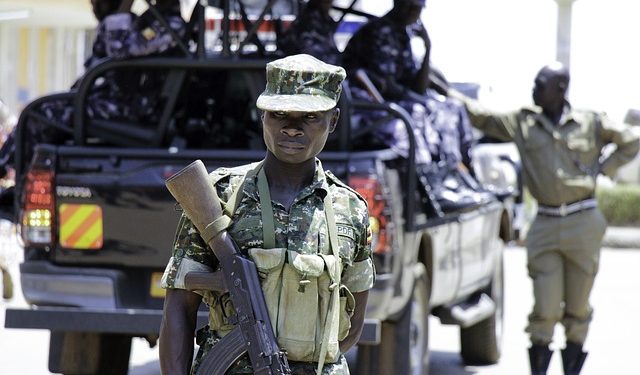 An investigation carried out by the Ethiopian human rights commission said widespread massacres occurred in the town of Mia-Kadra in Ethiopia’s northern region that killed at least 600 people. This event occurred on November 9.

According to the report, some Tigrayan youths went from door to door, killing people they identified as belonging to the Amharas and Wolkait ethnic tribe. The Ethiopian Human Rights Commission (EHRC), the state-owned institution that carried out the report, said local police, Tigrayan youths, and their local militias carried out war crimes and crimes against humanity in the region.

The commission said the victims were killed solely because of their ethnicity and nothing else. Daniel Bekele, the head of the commission, said it is vital that the survivors and families of the victims be rehabilitated. He called on the government to bring the perpetrators of the crimes to the book, CNN writes.

According to the report, all manners of dangerous weapons were used in the attack, as the perpetrators went about hacking or strangling their victims to death. Kind-hearted Tigrayans rescued some people by hiding them in their homes, farmlands, and even religious centers. Amnesty International interviewed witnesses who confirmed that the leaders of Tigray were behind the attack. They said people from Amahara were the targets of these groups.

However, Tigrayan leaders, on their part, are accusing the federal military of atrocities since Prime Minister Abiy Ahmed started a military campaign in the region to remove the leaders who he said have lost legitimacy. The leaders said the military has carried out airstrikes on religious centers and people’s homes. The federal government has denied harming innocent civilians.

However, independent observers and news outlets are unable to verify which side is telling the truth due to the lack of communication services in the region. The internet, mobile networks, and all other communication routes are all cut off. Ethiopia, the second most populated country on the continent, has witnessed some years of relative peace, which has brought a degree of prosperity and economic boom. The looming civil war will destabilize the country and the region.

Ahmed had given an ultimatum to the leaders of TPLF to surrender or face bombardment and further actions from federal troops. The TPLF was not moved by the government’s ultimatum. Instead, it put out a statement that it had the upper hand in the conflict and that the Tigrayan people were ready to die in their cause for self-determination.

The government said its troops were close to Mekkelle – the capital of the Tigray region and that it planned to surround the city with tanks. The United Nations said it was concerned by the astonishing buildup of weapons around the region and that human rights abuses were certain to occur as the conflict rages on. Michelle Bachelet, representing the UN, said that provocative statements from both sides were also stoking the conflict.

Since the conflict began, over 40,000 Ethiopians have fled to neighboring Sudan. The UN said that although humanitarian groups have risen to the occasion, the influx of refugees is becoming more than these groups can cope with.

The conflict has also taken an international dimension. The TPLF fired rockets into Eritrea while Ethiopian troops have disarmed Tigrayans stationed in Somalia to fight against al-Qaeda militants in the region.

South African President Cyril Ramaphosa, who also doubles as the African Union chairperson, was in a closed-door meeting on Friday with President of Ethiopia, Sahle-Work Zewde. Ramaphosa said he appreciated the desire of the government of Ethiopia to come to the roundtable.

The United Kingdom’s Foreign Secretary Dominic Raab said the UK is very concerned about the state of things in Ethiopia. While addressing the UK parliament, Raab said there were concerns the conflict could blow over to other regions.