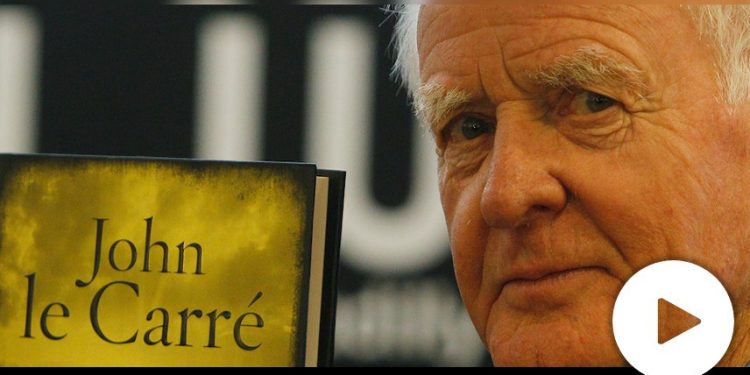 John le Carré, who created fascinating Cold War spy-thrillers, is dead. He died on Saturday in Cornwall, England. He was aged 89. According to his publisher, Penguin Random House, he died from pneumonia, Fox News reports.

Born David John More Cornwell in Poole, southwest England, on October 19, 1931, he had a middle-class upbringing. He attended a private school – Sherborne School. He studied German Literature at the University of Bern and did his mandatory military service in Austria. He finally obtained a degree in Modern Languages at Oxford University.

His childhood was filled with uncertainties, as he sometimes enjoyed posh luxuries; and at other times, he was left on the streets to fend for himself. His father engaged in numerous fraudulent activities that landed him in and out of jail. He once described his father as manipulative and untrustworthy. His mother left home when he was five years old, and it was not until he was 21 that he had the opportunity to meet her again.

His best-selling work was The Spy Who Came in From the Cold. This novel cemented his place in the annals of spy thriller writers. Le Carré’s novels were worlds apart from those created by Ian Fleming, the creator of the James Bond character, which presented spies as suave-action heroes, who bedded any woman they wanted. With Le Carré’s characters, you could never tell where morality ended – right and wrong were too close a concept to call.

He created the George Smiley character, the intelligent spy who was most times a willing tool in the hands of politicians. The opposite of Smiley was the Russian spy Karla, who was just as capable.

The theme of Le Carré’s work was betrayal, bureaucratic powerplays, and the workings of the world of intelligence during the Cold World era. He treated in detail how good men were exploited to take up bad causes. Le Carré purportedly rejected an honor from Queen Elizabeth II and refused to allow his works to be entered for literary prizes. Yet, these moves did not diminish his status as a literary great.

Le Carré’s work as a British spy helped him in no small measure to create the many masterpieces he churned out. His writing career spanned more than 50 years and translated into many languages. Using his works, he addressed many real-life issues, including the Arab-Israel conflict, the Cold War, the role of multinational pharmaceuticals in Africa, the war on terror, the Russian crime syndicates, and the workings of the global financial system. His more recent publications looked into Brexit and President Donald Trump, NY Times writes.

Le Carré was recruited into the British Domestic Intelligence Service, MI5, as a student at Oxford, and also worked for her foreign counterpart MI6, at some point. He started writing while still in service and wrote his first book, Call for the Dead, in 1961 while still working in the intelligence scene.

Le Carré was told by his employers he could continue writing only if he did so under a pseudonym. He said he chose Le Carré, which means square in French because it had a European flair to it when called out loud. After his highly successful book, The Spy Who Came from the Cold, Le Carré quit his job to focus on writing.

He first married Allison Sharp in 1954. The union produced three sons before they eventually divorced in 1971. The following year, he married Jane Eustace. They had a son, the novelist Nick Harkaway. He is survived by his wife and sons Nicholas, Timothy, Stephen, and Simon.