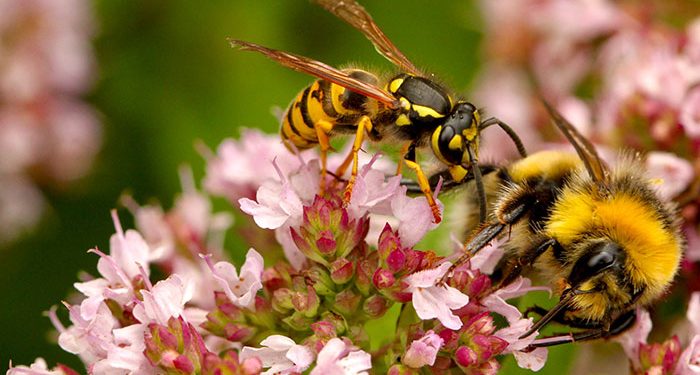 A team of scientists from the Washington State Agriculture Department will be destroying a nest of “murder hornets” found in the state. The giant hornets are native to Asia and foreign to the United States, and department officials have decided to destroy them to protect local populations of honeybees. The hornets were destroyed on Saturday.

How the murderous hornets entered into the US remains a mystery, but officials believe a trafficker must have introduced them into the country from Asia. The invasive giant hornets, which are 2 inches (5 centimeters) long, were first discovered in the country late last year. Apart from the fact that they can destroy entire honeybee hives in hours, they notoriously kill a few dozen people every year in Asia.

Given that local honeybee populations in the United States face serious threats from pesticides, food scarcity, and bee diseases, government officials know that a few Asian giant hornets can destroy and kill off an entire beehive in an hour. In fact, Washington State officials said the murder hornets have already decimated six or seven beehives in the state.

The murderous hornets can also spit venoms and deliver very painful stings that can kill people in hours if not treated. Their stingers are 6-millimeter long.

Scientists from the state agriculture department had been searching for these hornets for months before an official trapped two on Wednesday and another two on Thursday. Entomologists were then able to use dental floss to attach radio trackers on three of the caught hornets so that they can be tracked to their nest. One of the hornets ultimately led the officials to their nest which was 300 yards (274 meters) from where they were first caught.

Their nest is built into a tree cavity on private property. The nest is almost the size of a basketball and accommodates an estimated 100-200 hornets. The tree nest is located 7-8 feet (2 meters) above the ground. The property owner agreed for the hornets to be destroyed and the tree removed if necessary.

Scientists will wear thick protective suits before destroying the nest and then try to remove newborn hornets inside the tree after it has been cut down – this is to determine if the hornet queens have escaped or been destroyed.

“It’s still a very small population, and we are actively hunting them,” said Sven-Erik Spichiger, an entomologist for the Agriculture Department. “We extract them alive. We will kill them.”

Although the murder hornets have been found in Whatcom County of Washington State and the Canadian province of British Columbia, they are naturally native to China, Japan, Thailand, South Korea, Vietnam, and other Asian countries.