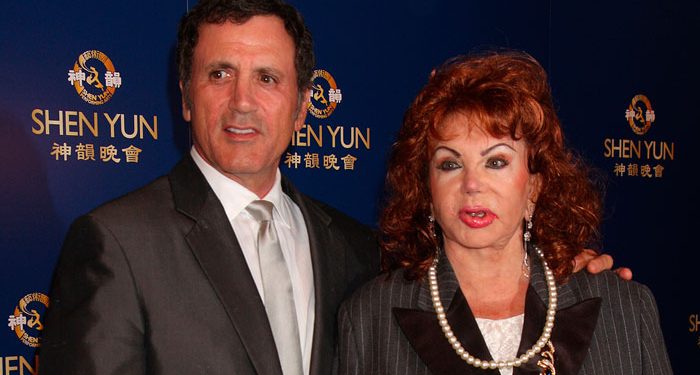 Actor Sylvester Stallone’s mother is dead. The celebrity astrologer, Jackie Stallone, died in her sleep on Monday at the ripe age of 98 years. She is survived by husband Stephen Levine, sons Sylvester and Frank, and five grandchildren – Seargeoh, Sistine, Sophia, Scarlet, and Edmund, Yahoo reports.

Sylvester Stallone’s younger brother, Frank Stallone, broke the news of their mother’s death on social media and reminisced on how she regaled him with stories of WW II and the Great Depression among other intimate things.

“She was a remarkable woman, working out every day, full of spunk and fearless,” Frank wrote. “She died in her sleep as she had wished. It was hard not to like her, she was a very eccentric and flamboyant person. She lived through prohibition, the depression, and World War II. I would talk to her for hours about the 20s 30s and 40s. It was a history lesson. Her mind was as sharp as a razor till the day she died.”

Born as Jacqueline Frances Labofish on November 29, 1921, in Washington DC, the late Stallone worked as a hairdresser, dancer, and trapeze artist before she ultimately ventured in astrology. She married her first husband, Frank Stallone Sr. in 1945, and gave birth to Sylvester and Frank Jr. in 1946 and 1950 respectively. She remarried Anthony Filiti and gave birth to D’Alto in 1964 but he died in 2012 at the age of 46. She later married her third husband Stephen Levine.

Jackie Stallone boasted that she had divined astrology charts for “kings, prime ministers, politicians, movie stars, gamblers, generals, gangsters, cops and priests” and even developed her own form of astrology reading which she called “rumpology” by reading clients’ buttocks. She also established a beauty line of cosmetics facial masks.

The celebrity astrologist had featured on various TV shows and these included “The Howard Stern Show,” “Oprah,” “Larry King Live,” “The Late Show With David Letterman,” “The Graham Norton Show,” and “Celebrity Big Brother” in 2005. In the 1980s, Stallone also featured on the wrestling program GLOW which meant Gorgeous Ladies of Wrestling.

The entire entertainment industry sympathizes with Sylvester and Frank Stallone and thousands of condolences messages flood the social media for their bereavement.