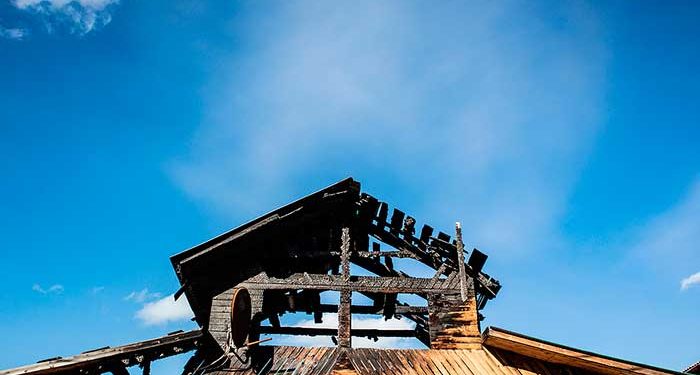 It has been another sad Friday in California as a new set of fires ravaged the forests, skilfully evading firefighters and destroying properties.

The new Los Angeles Bobcat fires have swept past 91,000 acres and are fought by a team of 1,600 firefighters, as it grows stronger, venturing northwards into the Mojave Desert.

The firefighters have issued evacuation orders to neighboring areas, and strongly advise keeping emergency kits near, in case there is any cause to flee suddenly.

Firefighting crews fought relentlessly, as they tried, almost in vain to contain the fires. LA County Fire Captain has reassured that the fire is being actively fought, although, it has been growing massively on both the western and eastern edges.

There hasn’t been any official statement about how much damage the fires had done, but residents lament about the massive destruction of their properties in the fire.

California has been home to many unfortunate wildfires this year, with more than 13,727 square kilometers burned down by over 7,900 wildfires.

The El Dorado wildfire in Los Angeles was started by a couple who tried to use a pyrotechnic device to determine their baby’s gender. They only summoned the firefighters after they unsuccessfully tried to put off the fire with bottles of water after igniting it.

The couple, alleged to have started the fire could be tried with criminal charges. However, no information about them has been released to the public.

A firefighter has been confirmed dead in the El Dorado fire, although the authorities could not confirm if his death was actually as a result of the fires.

While the El Dorado fire has been under control with 65% containment, the Bobcat fire proves to be a lot more threatening, with 15% containment, after it has been poorly controlled for days.

The California Bobcat fire has made flying impossible for planes and helicopters for several days, making it a lot harder to fight the fires.

“We found out later that his house has burned. The fire just burned everything.” Stephenson Wyatt, who helped his friend abandon his home said to reporters.

The Mount Wilson observatory was also threatened by the fire, as employees evacuate the facilities. Firefighters made a bold stand, however, and have been fighting to keep the facility safe.