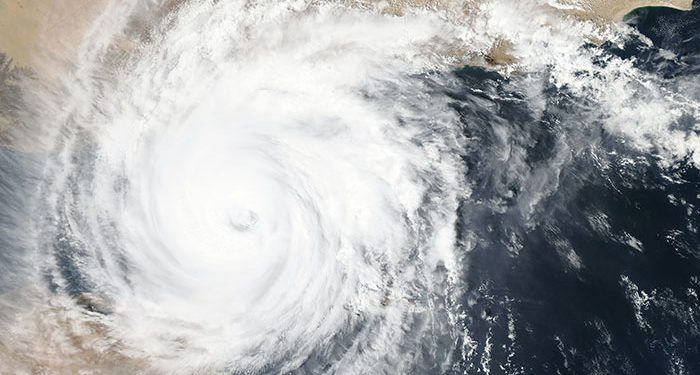 The world’s strongest typhoon this year, Goni, is expected to hit the Philippines’s main island of Luzon. About a million people will face relocation to safer zones from what has been tagged as a Category 5 storm.

Dubbed Typhoon Goni, it comes with 215 kph (133 miles) sustained winds and gusts of up to 265 kph (164 mph). It is expected to bring about torrential rainfall, bad weather, and waves of disaster, according to officials. The coming typhoon is likened to that of Typhoon Haiyan, which killed over 6,300 people in 2013. Typhoon Goni is expected to be the 18th storm in the country.

The Philippines’s presidency reacted to news of the forecast. It decried the hardship the coming disaster will bring in its wake. Senator Christopher Go, one of the top aides of President Rodrigo Duterte, said during a virtual press conference that the coming storm would bring untold hardship to a people already impoverished by the outbreak of the coronavirus pandemic.

Ricardo Jalad, executive director of the country’s natural disaster agency, told reporters that already 794,000 residents had been evacuated to safe zones, out of an abundance of caution, CNN reports.

Although COVID-19 patients receiving treatments in makeshift tents in isolation centers in the capital Manila are yet to be evacuated, Jalad said plans are in top gear to evacuate a thousand of them. The country has one of the highest cases and deaths occasioned by the coronavirus in Southeast Asia – second only to Indonesia with 380,729 cases and 7,221 deaths.

The Philippines experienced Typhoon Molave, which killed 22 people. They mostly died by drowning. Luzon, where the typhoon will have its most devastating effects, drives the Philippines’ economy. The island also houses most of the country’s 108 million population. The coming storm is expected to once again wreak havoc on an economy slowly recovering from the impact of the pandemic.

Disaster management authorities have stationed key infrastructures critical to the rescue, evacuation, and relief efforts in key flashpoints around the island. However, Filipino Grace America, mayor of Infanta in Quezon province, said the COVID-19 pandemic has made funds hard to come by. She said the lack of funds has slowed down evacuation efforts in no small measure.

Flights in the country were canceled, ports authorities also shut down the ports, and fishers were restricted from sailing. The country is in a somber mood as they await a disaster that promises intense rainfall, floods, and landslides. Experts said another Typhoon Atsani, with sustained winds of 55 kph and gusts of up to 70 kph, can be seen just outside of the Philippines.

The Philippines is prone to typhoons due to its geographical location. These typhoons come with heavy rains, flooding of large areas, and strong winds. The country experiences at least 20 typhoons annually.