Salty Lakes May Be Buried Under Mars’ South Pole, Raising Chances of Life 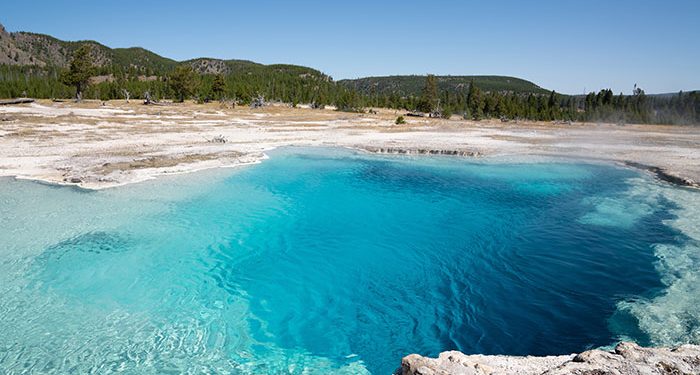 Several salty lakes may be buried under Mars’ South Pole, raising chances of microbial life, according to Italian scientists who published their findings in the journal Nature Astronomy. The scientists said a large body of salty pond and other smaller bodies of water may be gurgling deep beneath the surface of the Red Planet after analyzing data from the European Space Agency’s Mars Express orbiter.

The space researchers established that the salty underground lake is about 12-18 miles (20-30 km) wide and located 1 mile (1.5 km) below the icy surface of Mars at its the South Pole. They equally discovered three other smaller lakes of various sizes that are not too far from the main lake.

According to scientists, Mars was almost like planet Earth 4 billion years ago in terms of atmospheric warmth and wetness. But the Red Planet changed over the centuries and became the dry and barren celestial body it is today. Scientists have however not relented in their search for water on the planet given their hopes for finding signs of microbial life or other forms of life on the planet.

In order to discover any presence of water on Mars, scientists from Roma Tre University utilized a technique used to discover underground lakes beneath the Antarctic and the Canadian Arctic to mine for water in space. They explored the data provided by over 100 radar observations recorded by the Mars Express between 2010 and 2019. The Mars Express spacecraft was launched to space in 2003.

According to the researchers, the salty lakes under the surface of Mars remain liquid and not frozen because of the high concentration of salt in them. They recorded the surface temperature at the South Pole to be minus 172 degrees Fahrenheit (minus 113 degrees Celsius) which could get warmer in a slow fashion based on depth.

The scientists led by Sebastian Emanuel Lauro of Roma Tre University said finding salty bodies of water under the surface of Mars calls for more exploration of fact, and that future Mars missions should target the South Pole region to source the water and investigate possibilities of life.