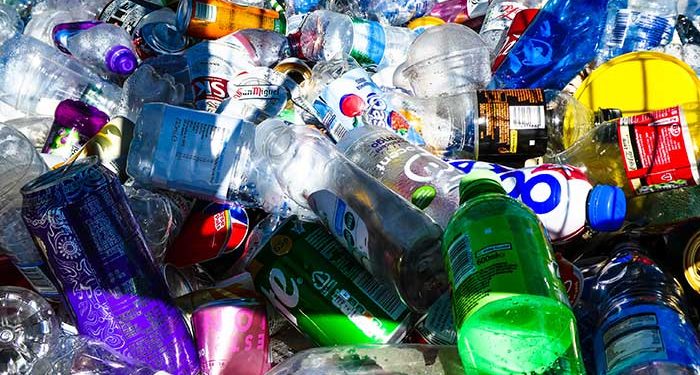 A finding published in the Proceedings of the National Academy of Sciences by researchers from the Center for Enzyme Innovation (CEI), University of Portsmouth, UK, revealed that newly engineered super-enzymes can degrade plastics in days rather than centuries. The study improves on the discovery made by a group of Japanese scientists in 2016.

After the initial discovery by Japanese scientists in 2016, scientists started working on a way to restructure the enzymes to work faster. The latest of such research is the study published on Monday. The researchers discovered that the enzymes which act on PET, the type of plastic utilized in the manufacturing of soda bottles and synthetic materials for our clothes, come in two forms which when combined can work much faster than the Japenese scientists discovered years ago.

One of the enzymes, PETase can easily break down the crystal texture of plastic. PETase breaks down the complex structure of PET into a very simple structure. It was the first enzyme discovered in 2016. It was restructured in 2018 by scientists to work 20% faster and more effectively than the natural method of breaking down PET. The researches took the reengineering process a step forward and created the second enzyme from the same bacteria.

According to the study, the second enzyme, MHETase, can work on MHET, which is created after PETase works on PET. It breaks it down into even less complex forms. The study further stated that PET goes from MHET to TPA and ethylene glycol after MHETase works on it. The two enzymes working on PET together leads to the breakdown of Polyethylene terephthalate to a structure so simple that other micro-organisms can work on it.

The researchers tested the activities of PETase and MHETase on particles of plastic. They discovered that MHETase on its own cannot break through the crystal surface of plastic while PETase can. MHETase can work only with the presence of PETase while PETase cannot break down plastic to its simplest form as MHETase will. Together, the enzymes work six times faster than natural methods.

“This is a giant leap towards making even quicker enzymes that will be very useful to industries in the breakdown of plastic,” stated Professor John McGeehan, director of the Center for Enzyme Innovation, University of Portsmouth, UK. “We just bring nature into the lab.”

The scientists also stated that a research center of £1 million ($1,169,830) is being constructed in Portsmouth to further the research. Carbios, a French company, which also invested in the search for plastic recycling solutions, is also building a plant in Lyon.

The scientists said plastic contributes greatly to environmental pollution as a result of the difficult process involved in recycling it. The new enzymes and further research will only profer temporary solutions. The world needs to find better and safer options to reduce plastic pollution.