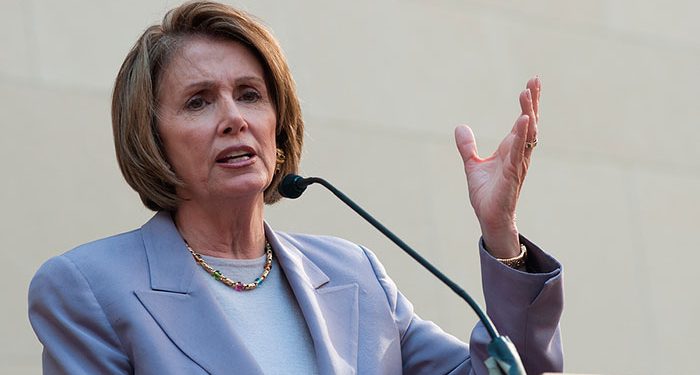 House Speaker Nancy Pelosi said she is in renewed talks with Treasury Secretary Steven Mnuchin over a coronavirus stimulus plan, further revealing that the House Democrats will announce a new “proffer” just in case the talks fall through.

The Democrats are trying their best to forge ahead with a smaller aid plan that costs $2.4 trillion. This new package is approximately $1 trillion less than its initial proposal that was put out earlier. However, it is more than what the White House says it will settle for.

It has been a back and forth issues between the White House and House Democrats for months on end now. Back in August, negotiations between both parties fell apart. This renewed talks between both are probably the last chance to deliver the much-needed relief into the hands of struggling Americans before the November polls.

After lengthy talks with the Trump administration, Pelosi believes there is a huge chance of reaching a compromise this time around. However, if a deal isn’t reached soon enough, Democrats will be voting on a House-only version of a coronavirus relief package that provides funds for businesses such as airlines, restaurants, and more – provided for the Paycheck Protection Program.

In another swipe at the Trump administration, Pelosi asserts that President Trump’s denial of a pandemic and his unwillingness to act to bring it to an end has brought matters to its worst state.

The discussion for a new House vote is coming on the heels of outright opposition by Pelosi to suggestions by moderate members on the need for Democrats to show Americans their efforts in taking supplemental actions since the Heroes Act was passed in May.

The House could vote on the bill as early as next week. If the new package makes it to the House, it would be a sure sign that negotiations have failed once more. The new bill provides unemployment benefits, direct payments to Americans, Paycheck Protection Program, more aid to the US Postal Service, $75 billion for coronavirus testing and contact tracing, loans for small businesses, and airlines.

While speaking on newsmen, Pelosi was asked if the Democrats would further agree to reduce the figures of the new deal. She said that her priority was geared towards having an actual deal than simply passing another bill that will be bluntly rejected in the Senate.