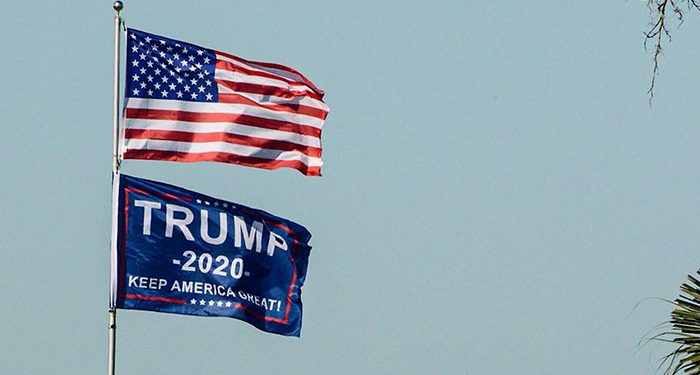 Casino mogul Sheldon Adelson and his wife Miriam gave a whopping $75 million to a super PAC launched in August to inject new life into the President Trump campaign, according to recent filings.

The donations made by the Adelsons accounted for about 90% of funds raised by Preserve America PAC in a report made to the Federal Election Commission.

However, Sheldon Adelson was not the only huge donor on the list. Home Depot co-founder, Bernard Marcus, reportedly contributed $5 million, while Wisconsin roofing magnate, Diane Hendricks, gave $1 million. In all, about $83.3 million was raised.

These donations are a PAC attempt to get the Trump campaign efforts on track again in key battleground states where President Trump seems to be lagging behind his major opponent in the November 3 election, Democratic candidate Joe Biden also received huge sums from donors who are not afraid to spend. Biden is currently leading Trump in the polls and has done that for months on end now.

During the week, Biden announced that the DNC had raised $383 million in September, setting a new record for fundraising for the second consecutive month. In October, he told the public that $432 million was still in the bank.

The Trump campaign, on their part, said it raised nearly $248 million in fundraising efforts and that $248 was still in the bank. The president’s team has lagged behind the Biden’s team not only in opinion polls but also in funds, Politico reports.

One advantage that the Trump campaign organization has going for it against Biden was the cash advantage. But that advantage has since collapsed with the recent donations that Biden received from liberal donors.

While the Trump organization may not have led in the fundraising amounts or poll results, the president has dominated the airwaves and the media in recent weeks. The analysis by the Wesleyan Media Project and the Center for Responsive also shows that Biden eclipsed Trump in television ad spending.

This is not the first time that Sheldon Adelson would be putting himself behind Trump’s candidacy. He had supported Trump in 2016 when the president first sought the White House job. Trump went on to award Miriam Adelson with the Presidential Medal of Freedom – the country’s highest civilian honor.

The Federal Election Commission records show that Preserve America has already spent almost $77 this week on anti-Biden campaigns. The super PAC has become one of the largest political spenders, according to political observers.

Adelson’s donation is coming amidst a reported strain in the relationship between him and President Trump. President Trump had confronted the mega-billionaire in a phone call in August on why he was not doing enough to support Trump’s campaign efforts. There were fears by close advisers that the GOP financier might be forced to step back in retaliation. However, those fears were unfounded as the billionaire only stepped up his game.