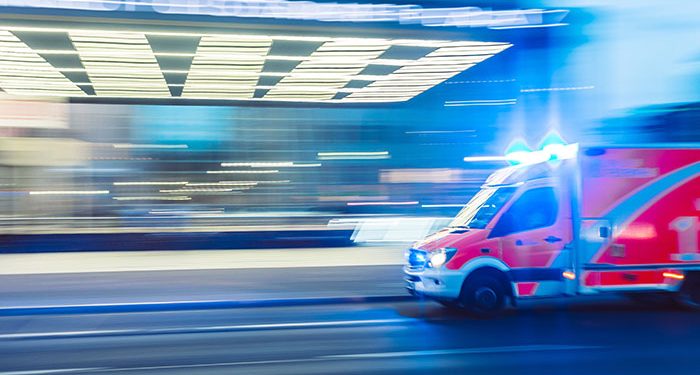 An explosion in Harrisonburg, Virginia, on Saturday left many with serious injuries, and two others fighting for their lives after sustaining critical injuries. The explosion happened near a site where 30 people from James Madison University’s Army ROTC program were participating in a race, according to a statement by the university.

The university authorities said that three of their students suffered minor injuries, including two others who needed urgent medical attention and had to be transported to a nearby hospital.

“Students involved in this incident are confirmed to be part of a group of 30 individuals from JMU’s Army ROTC Program that were participating in a U.S. Army Ten Mile race in Harrisonburg when a building within approximately 30 yards of the start and finish line seemingly exploded,” the university revealed on Facebook.

The university also said the two people who suffered life-threatening injuries were not their students. The explosion had occurred in a shopping center, according to an investigation by Richmond Times. Officials said they were still investigating the explosion. The City Fire Chief, Matthew Tobia, said that although the fire was still active, it had been contained, and there was no chance for additional explosions.

Gov. Ralph Northam made a tweet in which he said that the situation was being monitored and referred to the incident as a gas explosion. He added that firefighters and first responders were at the scene of the explosion already and that residents should avoid the area for now.

Many witnesses recount their experiences of the incident, including Christopher B. Jones, a city councilman in Harrisonburg, who lives about a mile from where the explosion occurred.

“Our kids came running down the hallway,” he said. “My wife came running back up the steps. The entire bed shook and rattled, and that’s on the third floor of my home, which is completely brick, to give some perspective.”

The strip mall contained a vape shop, musical instrument store, and a recording studio, according to a media report. The city spokesman Michael Parks called the incident a total loss and said some nearby structures were also affected by the blast.