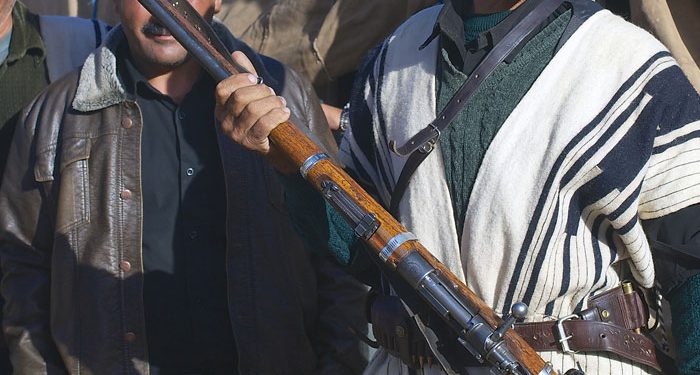 At least four different sources have verified that an August 7 shooting in Tehran, Iran, took the lives of Abu Mohammed al-Masri, one of the top officials of Al-Qaeda, and his daughter Miriam who was married to the deceased son of Osama bin Laden, Hamza bin Laden. Media outlets in the country announced that the gunmen had been on a motorbike and had fired at least five shots, four of the shots hit the father and daughter who were in a white Renault and one hit a passing car, New York Times revealed.

The media houses had initially identified the corpses as Habib Dawood, a Lebanese academic with ties to Hezbollah and his daughter Maryam. Reasons for the hit were not given and the Iranian police did not report any arrests in connection with the assassination. Not much was heard about the shootings until October when a Twitter user “AnbaJassim” who is a freelance UAE journalist intimated in one of his posts that the victims of the August 7 shootings were al-Masri and his daughter.

The freelance journalist revealed that he obtained his information from jihadi veterans of the Afghan wars. His post offered credibility to claims that the initial reports naming the Lebanese as the victims of the shooting were wrong. The claims had revealed that there was no record of any Lebanese with the name “Habib Dawood” and the Lebanese government had not made any statement after their supposed deaths.

Two weeks after AnbaJassim’s post, an Afghan media house also stated that al-Masri and his daughter had been killed on that August night in Tehran. The third source is closer to home, a senior counterterrorism officer revealed on Friday that there are indications that al-Masri is dead. Two other notable media outlets have also reported the killing of the Al-Qaeda official and his daughter with claims that Israel ordered the assassination, CNN writes.

The Israeli Prime Minister has not released any statement concerning the reports and has turned down questions from reporters about the incident. Saeed Khatibzadeh, a spokesman for the Foreign Minister’s office in Iran responded to the claims by stating that the reports that al-Masri was killed in the country are untrue statements that originated from the White House.

Abu Mohammed al-Masri who was originally named Abdullah Ahmed Abdullah was a 57-year-old Egyptian. His daughter Miriam, was 27 years old at the time of her death. Many reports named al-Masri as the person behind the August 7, 1998 attacks on US embassies in Nairobi and Dar-es-Salaam.

He relocated to Tehran after Al-Qaeda was evicted from Afghanistan following the 9/11 attacks. About 15 years ago, his daughter Miriam married Hamza bin Laden according to video footage taken from the Abbottabad compound where US forces killed Osama bin Laden on May 2, 2011.

Ali Soufan, a former FBI investigator explained that al-Masri had been released by the Iranian government in 2015 as part of a trade to secure the release of an Iranian official kidnapped in Yemen by Al-Qaeda. The United States was previously offering $10 million for information on al-Masri and Saif al-Adl who is also a leader in the terrorist group.

Soufan described the death of al-Masri on the anniversary of the attacks on the US embassies as “poetic justice”. Reports have it that al-Masri had been earmarked to take over as the leader of Al-Qaeda following reports of the failing health of Ayman al-Zawahiri, the present leader of the group.