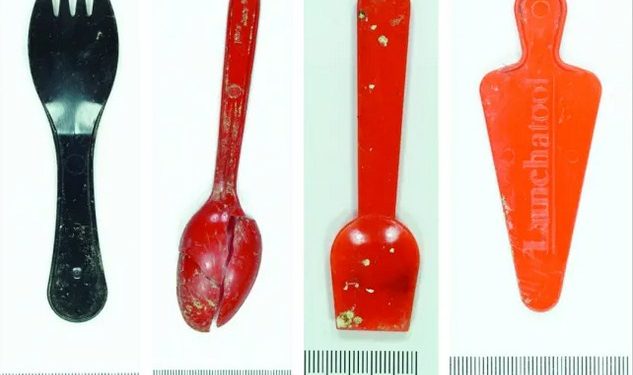 A team of archaeologists has issued a warning on the danger of plastic wraps and other items made from plastic after uncovering thousands of tiny pieces of plastic at an Iron Age site in Wales. The site, Castell Henllys, is located at the Pembrokeshire Coast National Park in Wales. The team said the site used to house a wealthy family and a small community of about 100 people 2,000 years ago.

Archaeologists rebuilt Castell Henllys decades ago, using materials and structures that were available during the Iron Age. After excavating the site, the scientists built four exact replicas of the roundhouses that the original dwellers lived in. The archaeologists used straws and roof to construct the roofing of the small huts in Iron Age style.

Harold Mytum, head of the research, told reporters, via email, that the site has been standing for over 30 years.

“The site, which is the only one of its kind in the UK, has been standing for more than 35 years after it was opened to the public,” the University of Liverpool archaeology professor said. “This shows the durability of prehistoric designs and structures.”

Two of the roundhouses at the site were rebuilt in 2018 and 2019. According to the study published in Antiquity this week, the essence of the study was to observe how materials used in building construction deteriorate over time. After the archaeologists checked the site to observe the results, they discovered something else – over 2,000 plastic items left by visitors had found their way into the site’s soil and remained undecomposed.

The researchers explained that they were surprised to see much-undecayed plastic because the site is properly cleaned and protected. The archaeologists said that most of the plastic items were from lunch boxes of the over 6,000 pupils who visit the site yearly. Mytum said it was surprising that such a rural setting could produce so much plastic waste. The team stated that the study shows that plastic litter affects the terrestrial environment almost as much as it pollutes water bodies.

The team said it found tiny spoons, forks, bottle covers, straws, candy wraps, plastic bags, and other plastic items at the site. Mytum explained that our reliance on plastic packaging, though convenient for us, is wreaking havoc on our environment. The team also reported finding face paint containers made from plastic and other items such as a pair of glasses that must have been misplaced by children.

Mytum explained that scientists had expected to find plastic waste at the site, but they did not expect anything of that magnitude at the site. The finding at the Welsh site confirms reports from researchers that our time on Earth will be known as the “Plastic Age” by future generations.

The team and the staff at the site are working together to warn future visitors about the dangers of improperly discarding plastic items. Mytum said that some of the items discovered will be used as evidence to educate people.