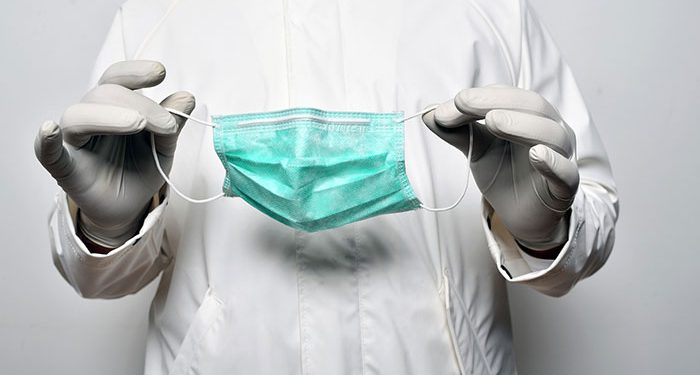 The El Paso community in Texas remains one of the most impacted areas by the coronavirus in the US despite the efforts by officials to stop the spread of the virus. As hospitalizations and deaths from the coronavirus reach new heights, county Judge Ricardo Samaniego said the county had requested four more trailers to supplement the already six mobile morgues available to handle the expected surge in deaths.

Samaniego said that the spike in deaths might be in the region of 20 every day in the coming weeks. He said everything pointed to an increase in the number of coronavirus-related deaths in the community.

Assistant Fire Chief Jorge Rodriguez of the El Paso Office of Emergency Management said that county leaders have already started collaborating with funeral homes and mortuaries on how to handle the elevated cases of deaths, even as the government intervenes in assisting hospitals in the area.

Rodriguez said that no fewer than 1,400 medical personnel had been assigned to different hospitals in the area to help with the management of patients. This personnel has also been sent to the El Paso convention center, where an alternate care center has been set up. This center is currently handling the treatment of about 40 patients. The burden of patients on the healthcare system in El Paso made the evacuation of 56 ICU patients to other facilities in New Mexico and Texas very necessary.

Several weeks back, Samaniego called for a two-week shutdown of nonessential services in the community. He based his decisions on the sweeping infections taking over the community. However, the decision was met with criticisms from state officials. The state attorney filed a temporary injunction motion to stop the order while the governor tagged the measure illegal.

Samaniego said he plans on extending the order, which is set to expire on Wednesday unless there is a decrease in the number of hospitalized patients within the next few days. El Paso has more than 26,000 active COVID-19 cases and at least 1,028 hospitalized patients, according to the city’s dashboard. Hospital personnel in the area said they’ve been overwhelmed by the sheer number of infections.

Nick Rose is a registered nurse in El Paso. He said that nurses and other workers have been working overtime. He said the entire team has been working way above their regular working hours.

He was among one of the health care professionals sent to New York when the state was a flash-point in the country. Rose said what he’s experiencing now at El Paso cannot be compared with what he faced in New York. He concluded that it was way more challenging in El Paso.

Rose said within the last three weeks, he’s seen more deaths than he ever did in a year. He complained of his job affecting his family, who are worried that he’s putting himself at undue risk.

No explanations have been given for the recent surge in cases. However, El Paso Mayor Dee Margo said several weeks back that residents relaxed on their vigilance, which prompted renewed cases of community spreading of the virus.

When an analysis of positive cases was done, officials found that a large percentage of them had gone shopping in large stores, others had visited restaurants and eateries, while others had incredulously traveled outside the country to Mexico.

How to Market Your Property to the Right Tenants