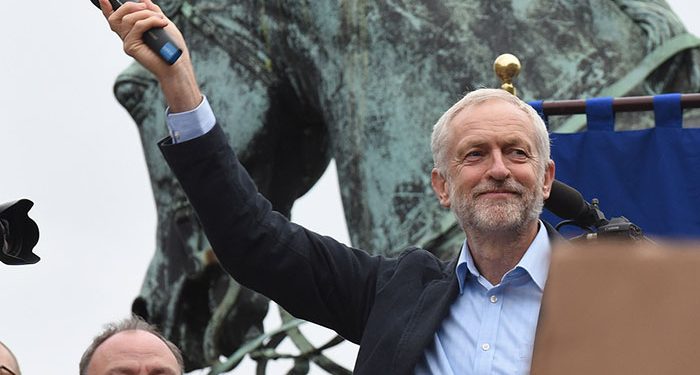 The main opposition party in Britain, Labour Party, has suspended Jeremy Corbyn, the previous leader of the party over reports of anti-semitism involvement. The Equality and Human Rights Commission (EHRC) a human rights group established to encourage and implement equality and nondiscrimination laws in the UK outlined serious pitfalls with how Corbyn handled anti-semitism issues during his reign as the leader of the Labour Party.

Corbyn responded to the allegations by stating that he doesn’t support anti-semitism but that the reports had grossly exaggerated the claims for political reasons. Corbyn’s response to the EHRC report led to his suspension from the Labour Party.

“As a result of Corbyn’s response to the EHRC report and his refusal to retract it, the Labour Party has decided the best course of action is to suspend him while investigations are ongoing. A spokesperson of the party explained adding that Corbyn also had the Whip removed from the party.

Corbyn’s suspension has reeled the political world in Britain. Corbyn had run for prime minister in the country’s general election held in December 2019. Corbyn declared that he would fight his suspension strongly because he had done his best to help the investigations into the antisemitism reports and didn’t hinder it in any way.

In a post on his Twitter account, he described his intolerance for all forms of racism and acknowledged that the Labour Party is having issues with antisemitism.

“I have been very explicit in explaining that I do not support those who believe that the Labour Party is not plagued with antisemitism problems,” Corbyn tweeted. “I have always condemned and I will always condemn all kinds of racism. The world doesn’t need even one anti-Semite but the problem under my leadership was exaggerated by our opponents and a large portion of the media.”

The current leader of the party, Keir Starmer announced before Corbyn was suspended that he received the EHRC report and would follow the stipulated suggestions. He expressed how shameful the party felt for shaming Jews and also apologized for the grief and pain that the uproar has caused them. Stamer also pledged that the Labour party, moving forward will appropriately handle all antisemitism reports.

According to the EHRC reports, the Labour party breached three stipulations of the Equality Act which are: politically interfering in antisemitism complaints, failing to adequately train members to tackle the complaints, and harassment.