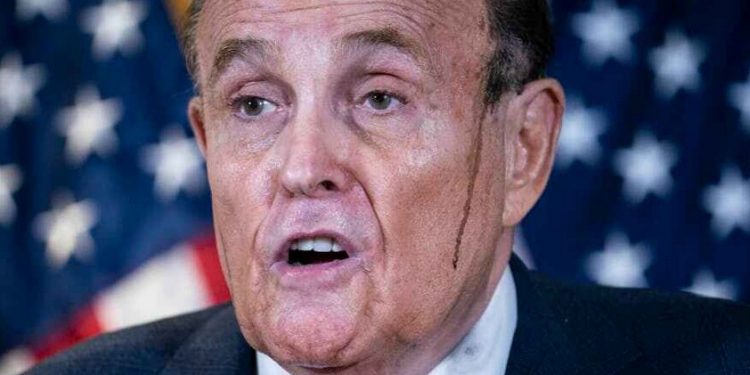 Christie was on ABC’s “This Week,” where he said that although he has been a top supporter of the president, even voting for him on two occasions, the time has come for Trump to get in tune with reality and accept his electoral loss.

He berated the president’s legal team, who he said has been misleading the president. He noted they made all manner of claims pertaining to voter fraud in the election in the media and elsewhere, but when the time came to present the evidence in court and argue their case, they faltered. Christie called the conduct of the legal team a national embarrassment.

Trump has said the November 3 election was riddled with voter fraud and irregularities, especially in key battleground states. He has since rejected the election’s outcome, instituting various lawsuits to challenge the result. Trump is not alone, as key officials in his administration are alleging widespread improprieties and fraud.

On Saturday, a federal judge in Pennsylvania struck out a lawsuit by Trump’s campaign to block the state’s certification of millions of votes. The Judge was furious with the president’s legal team and rebuked them for coming up with only speculative arguments hurriedly put together. With this development, the President’s legal team is falling behind in their quest to invalidate as many votes as possible in key states that would be enough to overturn the election in Trump’s favor.

The new ruling means that the Trump campaign has lost or withdrawn more than 30 lawsuits that initially sought to reverse the election outcome. However, Trump’s lawyer Rudy Giuliani was not upset by the Judge’s decision. He said the ruling only helped the legal team’s efforts to hasten appeals to the Supreme Court.

Sen. Pat Toomey (R-Pa.) is one of the latest high-ranking Republicans to congratulate Biden and Vice President-elect Kamala Harris on their election victory. He said in a statement that Saturday’s ruling by the judge proved that Biden won the election. He said he would henceforth be praying for them and the country.

Trump’s campaign lawyer Sidney Powell, who was called out by Tucker Carlson on Thursday for refusing to present evidence to back her claims of voter fraud, was on Newsmax TV to make new allegations. This time around, Powell alleges that Republican Gov. Brian Kemp of Georgia may have received bribes from public officials and was part of the conspiracy to oust Trump from office.

Christie responded to this new allegation by Powell, calling it outrageous conduct. Christie said he hoped that more Republicans would speak up. He said he loved his party but owed first allegiance to the country.