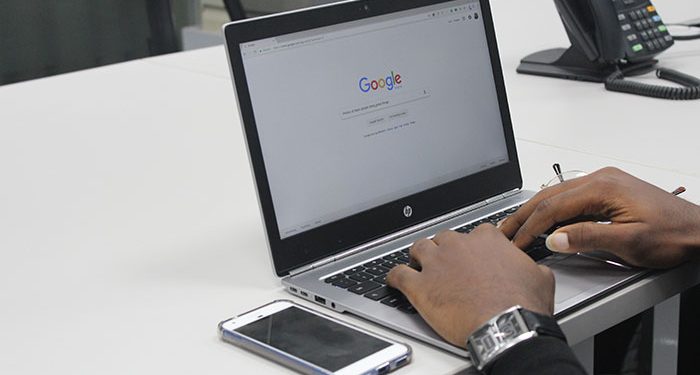 Google has announced a new cool feature that will help you find any song you hum. The tech giant revealed the feature on Thursday and stated that Android and iPhone users who have downloaded the latest version of the Google App or Search Widget can now use the Google microphone icon to access the amazing feature.

The feature finds musical tracks, and all users need to do is to hum the tune of a song they can’t readily remember its lyrics into the microphone icon on Google’s search space on their smartphones. The feature will search for a song that you do not have any information about. If you have an earworm, you can easily search for the song by humming the tune in your head using Google’s new feature.

Originally, people who have earworms have to wait to listen to the song again or hum it to a friend to fully recall it. Most of the time, these friends can’t help, especially if the pitch is off or a few keys are missing.

Now, Google can help with the new feature. All you need to do if you have a tune stuck in your mind but can’t recall the entire song is to open the latest version of the Google app or Search Widget, click on the microphone button, and type “what’s this song?” then hum the tune in your head. Alternatively, you can click on the Search a song button then hum the tune to activate Google to search and locate for the song online.

The feature uses a technology that matches the tunes you hum to Google’s database of songs. Once a match is obtained, complete information about the song will be provided. This feature is an advancement of the feature that allowed users to search for songs using the lyrics of the song. The lyrics’ search feature has been in use for over 10 years. Music app SoundHound users have been using it since 2009.

Now with Google’s new feature, users can search for songs by singing, whistling, and humming.

The feature can also be accessed through Google Assistant. A potential user just needs to say “Hey Google, what’s this song?” and then hum, sing, or whistle a tune for about 15 seconds to get Google to search out the song. According to Google, users will get a list of results with an exact match and other related tunes. The tech giant announced that users can then listen to the results for the exact song they want.