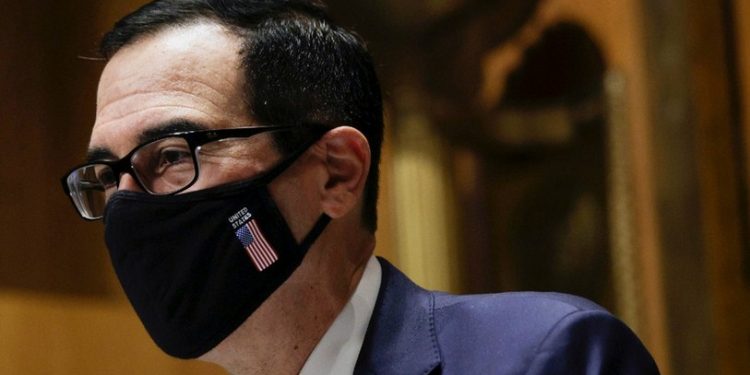 US Treasury Secretary Steven Mnuchin has revealed that Americans who are eligible for payment in the new stimulus aid package legislation that was passed by Congress recently could have their checks delivered to them in the coming days. When this happens, it would be faster than the previous round of payments that took place at the beginning of the year, Politico reports.

While speaking on CNBC with host Jim Cramer, Mnuchin said that it was good news that people will start seeing the money in their accounts as soon as next week. He stated that the good thing is that the money will still be spent within the economy, thus helping small businesses get up on their feet and more people getting back to work.

Mnuchin spoke hours before the expected Congress vote that would see the passage into law of the nearly $1 trillion Coronavirus Relief Bill. The new legislation bore semblance to the CARES Act, the $2.2 trillion relief package that was passed early in the year.

In the bill, individuals were provided with $600 in direct payments. This payment included children. That means a family of five could end up with $3,000. However, for people whose annual income exceeded the $75,000 mark, their payment was reduced to an extent. And those whose annual income exceeded the $99,000 mark were excluded from taking part in the stimulus package, CNBC writes.

While about $248 billion was pumped into the Paycheck Protection Program for small business loans, another $20 billion was provided for small business grants and $15 billion provided for live event venues. Further supplemental weekly payment of $300 from the federal level would help sustain other pandemic programs that increased the payment allocated for unemployment insurance.

At the beginning of the year, Mnuchin led Trump’s administration’s effort to seal a new stimulus deal. However, after the elections, the baton was passed to Senate Majority Leader Mitch McConnell.

The crux of Mnuchin’s negotiation had been focused on industries that were most adversely impacted by the coronavirus pandemic, including service industries like restaurants and airlines. While speaking in an interview, Mnuchin said that he believes the new bill targets the right industries, which is needed in such a short period. He noted that he believes the economy will recover in no time.

However, many leading Democrats, including House Speaker Nancy Pelosi and Senate Minority Leader Chuck Schumer, have said the $1 trillion relief bill though commendable is not enough. It is expected that Congress will pass more stimulus bills in the months ahead as the nation tries to fight off the third wave of infection.