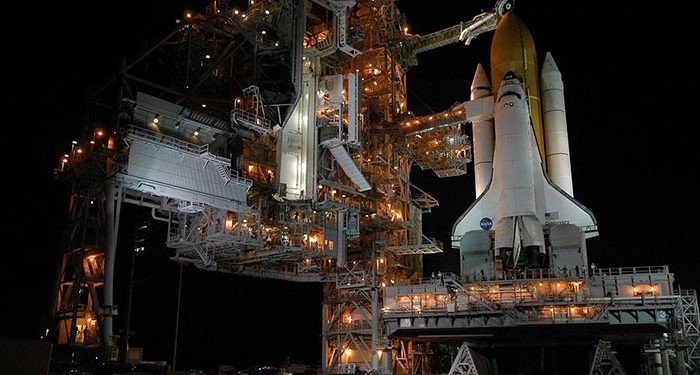 NASA chief Jim Bridenstine says he would step aside once President-elect Joe Biden is inaugurated. He said even if he’s asked by the coming administration to continue in his current role, he will pass on the offer.

Speaking with Aerospace Daily, Bridenstine said he would not be stepping down because of political differences with Biden, but to ensure that the next NASA chief is someone that shares the same political ideology with the coming administration, which would be a good thing for NASA as an agency.

“The right question here is ‘What’s in the best interest of NASA as an agency, and what’s in the best interest of America’s exploration program?’” he said. “For that, what you need is somebody who has a close relationship with the president of the United States. You need somebody who is trusted by the administration…including the OMB [Office of Management and Budget], the National Security Council, and I think that I would not be the right person for that in a new administration.”

Bridenstine had made his intentions known on November 8, the day after major news networks projected Biden as the next president of the United States. President Donald Trump in 2018 had enlisted the expertise of then, U.S. Rep. Bridenstine, to head the space agency. The former Republican congressman from Oklahoma had served on the Committee of Science, Space, and Technology while in Congress.

Bridenstine reiterated that NASA has been able to break new grounds since he took over office because of the strong relationship he’s had with Trump. He insisted that such a strong relationship was needed to succeed in his current role. He noted that for the agency to succeed, then the coming president must work with someone he can trust and whom he knows really well. Bridenstine concluded that he was not such a candidate, Aviation Week reports.

President Trump, who employed Bridenstine, is challenging the results of the election. However, it is becoming increasingly unlikely that things will go in his favor considering the number of states’ votes required to overturn the current tally.

The NASA chief was at the Kennedy Space Center to welcome arriving SpaceX crew-1 astronauts ahead of the first operational Crew Dragon mission to the International Space Station with NASA astronauts Michael Hopkins, Victor Glover, Shannon Walker, and Japan’s Soichi Noguchi. The mission is scheduled for November 14th.

Bridenstine also talked about the agency’s Artemis program, a post-ISS initiative developed to land the first woman and the next man on the Moon and eventually on Mars. He said the program has so far witnessed the support of everyone in Congress, political differences notwithstanding.

He said lessons had been learned in the past in America’s sudden fall from grace as far as the space program was concerned. He acknowledged that everyone was coming together, especially in Congress, to ensure that continuity is ensured for America’s space programs going forward.

Bridenstine, when asked what his plans were, and if he would be taking any role in the space industry, he responded that he had not sat down to think about it just yet.