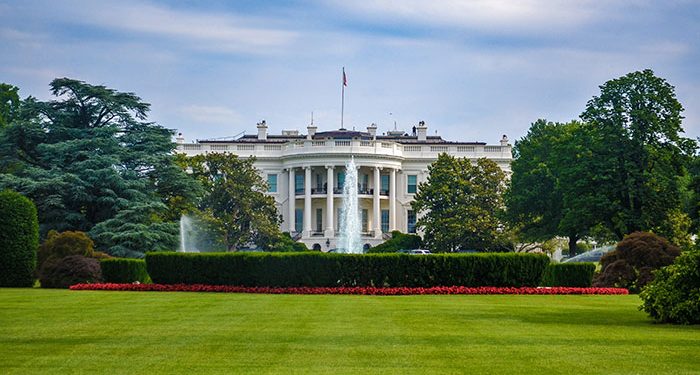 President Donald Trump has announced that he and the First Lady are being quarantined while they await the results of their COVID-19 test after being exposed to an aide who tested positive. On Thursday, the president confirmed that Hope Hicks, one of his top aides tested positive for coronavirus after riding in an airplane with the president and other officials. Hicks ran a test after she showed signs of the initial symptoms of the disease.

An anonymous official confirmed the information about Hicks’ condition on Thursday and informed reporters that Hicks was quarantined on the airplane. The president disclosed on his Twitter page, on Thursday that, the First Couple has taken a test and are being quarantined while they await their results, Washington Post wrote.

“I don’t know if we have it or not, but we have taken a test,” Trump wrote. “We are waiting for the rest.”

A presidential aide and counselor, Hicks went with the president to Cleveland for the presidential debate conducted on Tuesday. Though other officials of the White House have tested positive, Hicks was closer to the president than others.  Her positive test reminds all that the coronavirus is still very much around even though the White House has underplayed the danger it poses. Trump and his officials have repeatedly tried to prove the pandemic is no longer a threat. They have flouted several COVID-19 protocols with their heavily populated rallies and have been seen in public without masks.

Trump attended a fundraiser at New Jersey on Thursday and has also scheduled different outings for Friday while he awaits the result of his tests. The 74-year-old president runs the risk of developing complications from the disease if he tests positive. The results will be available late on Thursday or early in the day on Friday.

“The president takes the health and safety of himself and everyone who works in support of him and the American people very seriously,” White House spokesman Judd Deere said. “White House operations collaborates with the physician to the president and the White House Military Office to ensure all plans and procedures incorporate current CDC guidelines and best practices for limiting COVID-19 exposure to the greatest extent possible both on complex and when the President is traveling.”

The White House has not made any comments about other officials who were exposed to Hicks. Essential workers such as the officials of the White House are not required to be quarantined for 14 days. The CDC recommends they can go to work if they follow all safety protocols such as wearing their masks and avoiding being in very close proximity to other people.