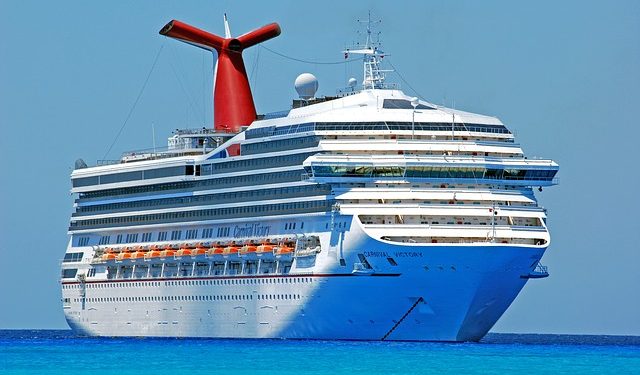 Princess Cruises voyages scheduled till the end of next March have been canceled as a result of the COVID-19 pandemic. The cruise ship company also announced on Friday that trips scheduled in and out of the United States and longer than one week will be canceled to restart on November 1, 2021. Also affected are voyages in and out of Japan which have been canceled till June 25, 2021, Fox Business reports.

The cruise line which is one of the brands of Carnival Corporation, the largest travel leisure corporation in the world, explained that the new schedule is in line with the Center for Disease Control and Prevention’s set standards for conditional sailing. Through the inactive period, Princess Cruise stated, it will be preparing to meet up the CDC’s guidelines for cruise ships.

The agency requires leisure ships to put facilities in place for testing, social distancing, and quarantining of suspected cases on board. Jan Swartz, Princess Cruises President explained that the company’s first obligation towards patrons is preparing 18 ships for the CDC’s recommendations.

“During this time, our focus will be on preparing our fleet for the CDC’s public health and safety measures so that we can eventually return to offering our travel services,” Swartz wrote.

The company also announced that guests who had purchased tickets for voyages within the affected period can opt for a complete refund by filling a form online before the last day of December. Guests who are unable to fill the form will get a refundable future leisure trip equal to the value of the ticket purchased and a 25% nonrefundable bonus for future voyages, the BBC writes.

The cruise line is not the only one to be affected as the very profitable leisure travel industry is recording losses running into billions of dollars. Carnival Cruise Line announced earlier during the week that it has canceled its entire voyage in the United States till February, with some COVID-19 hotspot cities being affected until March. Royal Caribbean Group also stated that it will suspend voyages scheduled until December 2020.

Leisure travel companies will be carrying out mock trips to ascertain their level of preparedness in meeting up with the CDC’s recommendations ahead of the full reopening of the industry next year. Royal Caribbean has stated that it already has 100,000 volunteers for one of such trips. The companies are however yet to explain what the mock trips will look like or how they would pick participants of the mini voyages.

One of the ships of SeaDream Yacht Club recently canceled a cruise mid-trip after many of those onboard got the coronavirus disease. The ship is the first to lift the temporary ban on sailing in the Caribbean.

Arnold Donald, CEO of Princess Cruises’ Parent company told reporters how much damage the pandemic has wreaked on the industry which makes a total of approximately $150 billion every year. The yearly July-August Carnival which normally brings in $6.5 billion for the corporation had brought in only $31 million and not from sales of tickets which normally makes up 68% of the corporation’s total income.

Donald explained that measures such as testing, use of masks as well as strict social distance protocols could save guests on cruise ships and return the industry to its vastly profitable state.