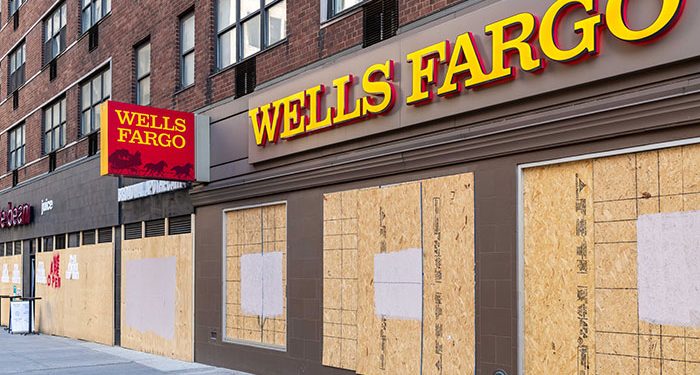 Wells Fargo fired as many as 125 employees for allegedly defrauding the Small Business Administration (SBA) in applications to a pandemic relief loan program.

The bank investigation found that some employees had made false claims in their application for relief funds through the Economic Injury Disaster Loan Program carried out by the SBA. The funds requested by the employees were not related to their official duties; instead, these workers solicited these funds for their personal use.

In an internal memo that the bank sent to its employees, it said that punitive measures would be meted on workers who were guilty of the fraud.

“If we identify additional wrongdoing by employees, we will take appropriate action,” Wells Fargo’s human resources head, David Galloreese, wrote. “While these instances of wrongdoing are extremely unfortunate and disappointing, they are not representative of the high integrity of the vast majority of Wells Fargo employees.”

At least 125 workers have lost their jobs so far, according to a report by Bloomberg, which was the first to file in the report.

“We have terminated the employment of those individuals,” Galloreese confirmed. He reiterated that the bank was assisting law enforcement officers involved in the investigation of the case.

The SBA undertook the aid program, and it awarded loans to business owners whose various business ventures have plunged in revenues due to the coronavirus pandemic. However, scammers have taken advantage of these loans, alongside other initiatives by both federal and state governments.

While it is within the right of employees at large organizations to partake in relief packages, there have been widespread cases of fraud perpetrated, especially by white-collar workers. However, bankers have been the ones most caught in these acts of fraud because banks can investigate if their workers had relief funds deposited into their accounts.

On the other hand, Wells Fargo will not be the first organization whose employees will try to fraudulently take advantage of various stimulus programs initiated at different levels. Back in September, over 500 staff of JP Morgan Chase sought and got relief funds, including those who were not supposed to benefit from the aid program.

The SBA had urged banks to look into cases of suspicious aid inflows into the accounts of both their workers and customers. The SBA gives business owners loans in advance as much as $10,000 that they don’t have to pay back. When Bloomberg carried an analysis back in August of how much loans have been disbursed so far, it identified about $1.3 billion in suspicious payments.

After years of scandals emanating from its organization, Wells Fargo has sought different ways to redeem its corporate image. The bank’s CEO Charlie Scharf said last year he was on a mission to save the institution’s image and ensure strict compliance with laid-down rules.