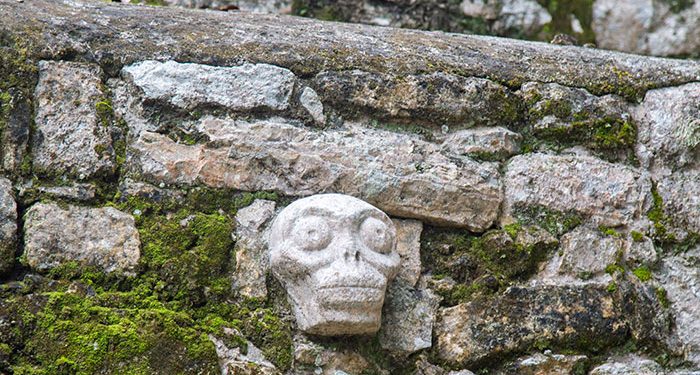 In the world today, gender relationships are changing, and the relationship between men and women is questioned at every point in time and in virtually every sphere. Yet, we cannot deny that gender gaps and inequalities persist. Women have surpassed the traditional roles reserved for them in society, yet certain biases still exist. Why is this so?

The answer may lie in how thousands of years earlier, in many cultures, there existed clear distinction on who did what and what role was suitable for a particular gender. Men, being the able-bodied sex, were assigned the role of hunting and gathering food for their families. The women, being the weaker sex, took care of home affairs.

What if this was not the case? What if our ancestors recognized that women were just as capable of fending for their families by accompanying the men or rather by taking charge of the hunting session? Maybe it might change the gender bias that we have carried over to modern society.

A recent discovery of a 9,000-year-old burial site of a female hunter and other hunter burials examined suggest that in the early society of the Americas, women hunted big games just as the men did. This new study was published in the journal Science Advances on November 4.

Randy Haas, who is the study’s lead author and an assistant professor of anthropology at the University of California, Davis, said the findings of his team goes to prove that many of the gender roles that we’ve taken for granted in modern society may not be the natural state of things.

Having worked in the Andes Mountains for a number of years, a rather providential turn of events led Haas and his team to the southern Peruvian community of Mulla Fasiri. They began work on an excavating site that was later called Wilamaya Patjxa.

In that site, Haas and his team discovered a rich catalog of human burial sites starting from 2018 through 2019. These sites contained fascinating hunting tools. In all, six burial sites were discovered by the researchers, but it was two that will pique the interest of the team, Live Science reports.

In these two burial sites, whose age was dated 9,000 years back, the team found a rich collection of hunting artifacts that included projectiles and flakes. The owner of the burial site was thought to be a man of about 17 to 19, who the team concluded must have been a great hunter as a result of the rich assemblage at his burial site. How wrong they were.

It took the expertise of James Watson, an associate professor of anthropology at the University of Arizona, and a co-author of the study, to point out that the remains were actually that of a female. Using a technique that involved the detailed analysis of a protein that forms in the tooth enamel, the bones were confirmed to be truly female.

Then the research team began to rationalize – maybe this discovery was just a one-off event that didn’t tell the full story. And so, the team did extensive research into the literature to find out other burial sites that happened millennia ago.

By the time they were done with their research, about 107 burials containing 429 skeletons from across the Americas had been discovered. Of the 27 individuals who were buried with hunting materials, 11 were females. These suggested that about 50% of this hunting population were females. Therefore, the Wilamaya Patjxa discovery was no fluke. There existed female hunters among the ancient society of the Americas. This was the compelling argument of the authors.

However, it is sad to see researchers who argue that maybe this was the religious burial traditions of that society – whereby if someone died, he/she was buried with hunting materials no matter the gender.

If this were a male skeleton, there would have been no argument whatsoever, so said Marin Pilloud, an associate professor in the Department of Anthropology at the University of Nevada, Reno, who was not a part of the study. She said there existed societies in the ancient world that did not assign distinct gender roles to separate sexes. And even today, such societies still exist.

Kathleen Sterling, an associate professor of anthropology at Binghamton University in New York, who was not part of the study, toes the same line of thought as Pilloud. She said age more than anything else drove the choice of who participated in hunting sessions since it was a small society.

Someone like Kim Hall of the department of anthropology at Arizona State University, who was not part of the study, is yet to be convinced, saying that the women’s traditional role of nursing a baby and caring for the children prevented their being able to join men as hunters.

So, while many like Hall is yet to be convinced, there are certain things we cannot explain away, such as the diverse nature of Hass and his team’s findings. The various artifacts found in the burial site pointed to a person’s profession in life and not just some religious offerings. Again, the numerical strength of such female burial sites that were found afterward means Haas and his team may be up to something.

Target’s Workout Clothes Brand, All in Motion, Amasses $1 billion in One Year of Sales