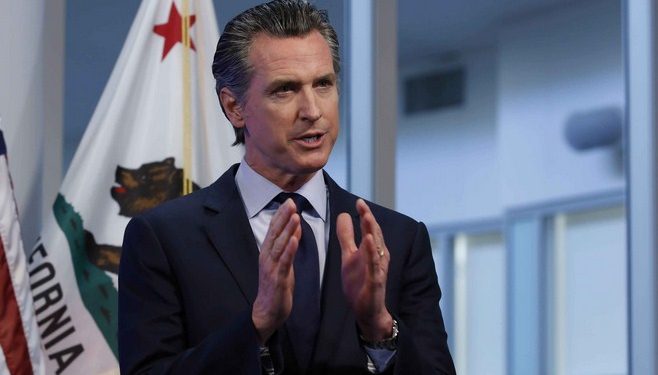 Two major donors have donated a combined $600,000 in the campaign efforts to recall California Gov. Gavin Newsom. The campaigners are raising funds and trying to generate a minimum of 1.5 million recall signatures to get Newsom to leave office over the way he purportedly handled the COVID-19 pandemic crisis, SFGate reports.

An Irvine-based Orange County consulting firm, Prov 3:9 gave a donation of $500,000, and a Bay Area couple – Douglas Leone and wife Patricia Perkins-Leone – owners of Sequoia Capital, made a combined donation of $100,000. It will be noted that the Leones, resident in Atherton, donated hundreds of thousands of dollars to Republican candidates during the last 2020 election period.

Although 1.5 million signatures would be required by March to force a recall election, organizers said they have obtained more than 800,000 signatures already. They may generate more than 2 million signatures to be successful at their bid since many of the signatures will be invalidated by the California Secretary of State’s office during the review.

In 2003, Darrell Issa donated $1.7 million to the campaign effort to remove Gov. Gray Davis from office. While the $600,000 already generated for the recall process of Newsom is still a far cry from Issa’s donation, the latest campaigners may need to step up their game to be able to hire more organizations to collect the required signatures for the effort, the Hill writes.

As can be expected, Gov. Newsom’s government team is perturbed by the rising recall campaign efforts in the face of the surging coronavirus pandemic in the state and the controversial stay-at-home order issued by the government. Given that President Donald Trump lost the November 3 election by almost 30%, many Newsom supporters have painted organizers of the governor’s recall campaign as Trump supporters. They call them the “anti-vaccine pro-Trump extremists”.

However, a twist to the recall process may occur if the organizers or the electorates decide to replace Newsom with another Democratic candidate. Some of the supporters include former Republican gubernatorial candidate John Cox, and GOP stalwarts such as former House Speaker Newt Gingrich, former Arkansas Gov. Mike Huckabee, and the California Republican Party among others.