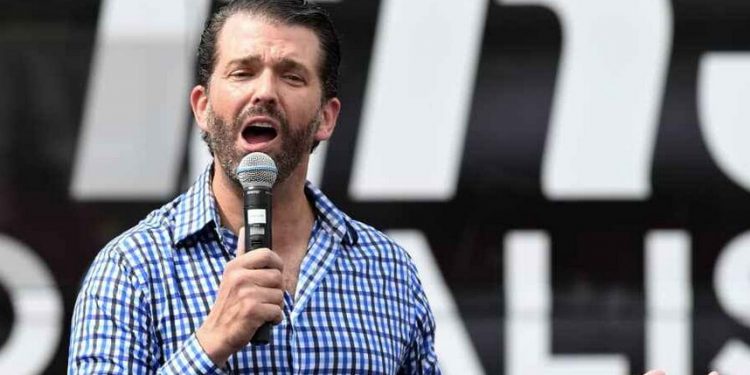 Donald Trump Jr., the son of President Donald Trump, has tested positive for COVID-19. His spokesman confirmed this fact and revealed that he is currently asymptomatic and undergoing health guidelines in quarantine at this camp. Andrew Giuliani, son of former New York City Mayor and Trump campaign lawyer Rudy Giuliani, has also reported testing positive for COVID-19.

Trump Jr. is the executive vice president of the Trump Organization and the latest member of the Trump family to get infected with the pandemic. President Trump, First Lady Melania Trump, and Barron Trump had all been infected with the disease and recovered after due treatment. The president’s son’s diagnosis was reported shortly after that of Giuliani’s son’s diagnosis was announced. Andrew had attended a media conference with a massive crowd with his father a day before testing positive.

“This morning, I tested positive for COVID-19. I am experiencing mild symptoms, and I’m following all appropriate protocols, including being in quarantine and conducting contact tracing,” the junior Giuliani tweeted.

His father Rudy Giuliani however remains negative to the pandemic, and another top lawyer on the Trump campaign team, Jenna Ellis, also reported that she is negative to the disease and that the entire legal team continues to adhere to the coronavirus protocols instituted by their doctors. Andrew Giuliani is a special assistant to President Trump who actually works as a sports liaison at the White House.

Sources at the media event reported that Rudy Giuliani and a number of other speakers spoke for as long as two hours, and none of them wore face masks. Giuliani was even sweating so much that his sweats took on the hue of his dyed hair. All the speakers spoke about the sentiments of election rigging and how President Trump actually presumably won the recently concluded election. Observers however noted that none of the speakers was able to provide credible and incontrovertible evidence of voting frauds.

In recent months, over 45 people connected to the White House have been diagnosed with COVID-19; and these include White House Chief of Staff Mark Meadows, White House Press Secretary Kayleigh McEnany, and Trump campaign chief Bill Stepien among others.