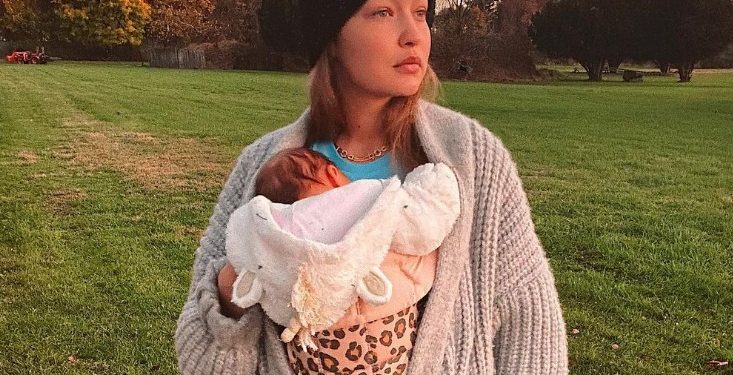 Supermodel Gigi Hadid has revealed the details of the prolonged home birth of her daughter with singer Zayn Malik. In an interview the model granted almost three months after the birth of Khai, Hadid discussed her lengthy labor pains and her motherhood plans, stating that she would love to keep her daughter’s life away from the paparazzi.

According to Hadid, she spent almost 14 hours in labor while bringing her daughter into the world. The model also said that she and Malik had previously decided to have a home birth in their Pennsylvania home where Khai will be raised. She said she opted out of having an epidural during labor. The supermodel said she had the support of her mother, sister, and Malik during the prolonged labor which was overseen by a midwife and her assistant.

“Zayn caught her and held her up to me when she came out, but it was still very unreal, added to the exhaustion, I could hardly believe I had a daughter,” Hadid disclosed.

The model explained that she wanted to have a child in a hospital in New York, but she knew her mother and sister would not have been allowed to stay in the delivery room with her, so she opted to give birth in her home instead. She said at some point during the prolonged labor, she almost regretted opting out of taking medications to numb the pain, but her partner and family were there to help her get over the pain, which she said was the “craziest” thing she had ever felt.

Describing her partner’s reactions during the delivery, Hadid said Malik felt like a male lion he once watched on TV, pacing and clearly agitated while a female was in a cave trying to push out their cubs. The model said Malik told her he felt very helpless that there was nothing he could do to end the pain his loved one was going through, Buzzfeed reports.

Hadid said Khai will not be raised in New York City, but in Pennsylvania so that she can experience nature and the beautiful things it has to offer. She revealed she had a similar upbringing in her family’s farm close to the couple’s Pennsylvania home. She also said they will be raising Khai using a little bit of their different religious backgrounds and ethnicities.

“What we both want is to give Khai all the knowledge she needs about her diverse backgrounds,” Hadid said. “We are also going to prepare her to watch out for people at school who might say or do something to her as a result of her religious background, we want her to know why they do those things.”

Malik was raised as a Muslim while Hadid was raised by a Muslim father and a Christian mother.