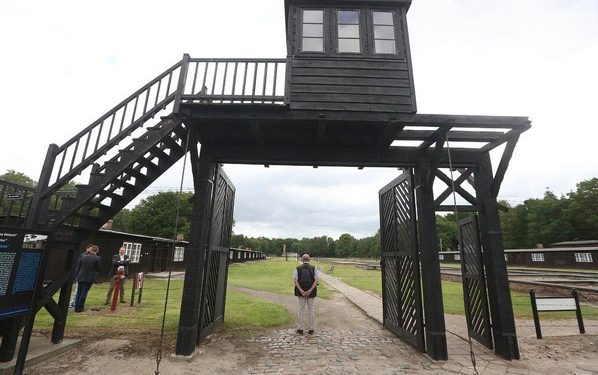 German prosecutors have indicted a woman and have charged her with complicity in the murder of 10,000 people and being an accomplice in the attempted murder of many others. The 95-year-old woman served as secretary in a concentration camp, CNN reports.

The woman, identified only as Irmgard F. due to the strict laws surrounding the protection of the privacy of suspects in Germany, will be tried at a juvenile court. She was 21 at the time of her service in the concentration camp and is likely to walk away with a reduced sentence. Irmgard F’s indictment followed a five-year investigation of the matter by prosecutors.

She had a two-year stint as an employee at the concentration camp known a Stutthof, located 20 miles from the Polish city of Gdansk. At that time, Gdansk was still under German occupation. She served as secretary for the camp commander.

Peter Muller-Rakow of the public prosecutor’s office in Hamburg said Irmgard F. played an active role in the Stutthof camp through her daily assignments. It is left for the court to decide whether to kickstart a trial following her indictment, a process that could take months or years.

Only last month, a juvenile court in Hamburg found a 93-year-old man guilty of complicity in the murder of over 5,000 persons when he served as a guard at Stutthof. The man in question was only 17 at the time of his offense.

The death toll at Stutthof is put at over 60,000. The concentration camp was the very first to be set up by the Nazi German authorities outside the shores of Germany at that time. So heart-wrenching was the many atrocities committed at Stutthof that German authorities sought to bring the surviving players to book, NY Times wrote.

The process of bringing everyone who played active roles in the concentration camps of Nazi Germany commenced with the sentencing of John Demjanjuk by a Munich court in 2011. Demjanjuk, who had since found refugee in the United States and worked in the auto industry, was found guilty of killing over 28,000 Jews when he served as a guard in the Sobibor camp in Poland.

Another guard from the Stutthof camp was placed on trial in 2018. However, all court processes were brought to a halt when the suspect passed on in 2019. An attorney for the survivors of Stutthof camp, Onur Ozota, called the indictment process of the former secretary at the camp a milestone in the judicial process. He said it represented a new high for the judicial process that often shielded such high-profile actors.

The onus lies on prosecutors to provide proof that Irmgard F. helped guards to carry out the numerous killings that went on in the camp. However, prosecutors said she maintains that while she was aware that some killings might have taken place at the camp, she was unaware that a large number of those killings occurred in the deadly gas chambers. She said her office was far away from where it all happened.

Prosecutors have so far interviewed many survivors. Independent historians have also been called in to give their expert assessments. But prosecutors admit that the case at hand is complicated.