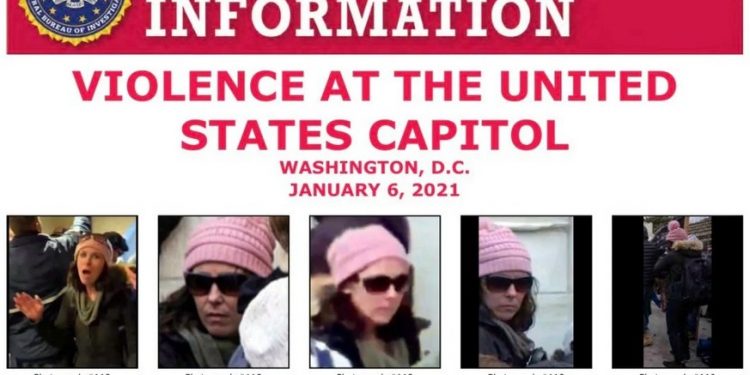 Federal law enforcement officials have arrested a woman who played an active role in the January 6 insurrection at the US Capitol. According to the FBI, Rachel Powell, 40, used a bullhorn to direct rioters at the Capitol as they violently stormed the building.

Armed with a search warrant, the FBI had earlier raided her home in Sandy Lake, Pittsburgh but could not be located. Powell is said to have voluntarily turned herself to the FBI on Friday, after which she was taken to prison. She was scheduled to appear in court on Friday.

Prosecutors listed the charges against the single mother of eight, and these include obstruction, destruction of public property, entering a restricted building armed with a dangerous weapon, and violent conduct.

Michael Engle is Powell’s attorney, and he is yet to make public comments regarding the arrest of his client. However, during a preliminary hearing, Engle told the judge that he has been unable to make contact with his client at the jail where she was kept.

On the day of the riot, Powell was seen wearing pink headgear and a black jacket, which came with a fur hoodie. In videos that made the rounds on social media, Powell could be seen smashing windows using a pipe while directing rioters using a bullhorn. She was also heard telling fellow rioters that there were still windows left to break, and coordination should be a top priority if they hoped to capture the building.

The total cost of damages she left in her wake was put at $1,000. An informer had first given information about Powell to the FBI. Using links to her Facebook profile provided by the informer, the FBI was able to trace the suspect, the Daily Beast reported.

Earlier media reports said Powell admitted the active role she played in the insurrection at the Capitol but explained that those actions were spontaneous and not a premeditated attack planned together with an organized group. She said she had no prior military training and was just a single mom who held a regular job while raising poultry on the sidelines.

Powell, who has since been dubbed the “Pink Hat Lady,” is only the latest in the long line of other rioters that have been arrested following the violent attacks that took place at the Capitol led by pro-Trump supporters. The attack had resulted in the death of five persons, including a Capitol police officer.

Powell, originally from Anaheim in California, faces a long time behind bars and thousands of dollars in fines if found guilty.