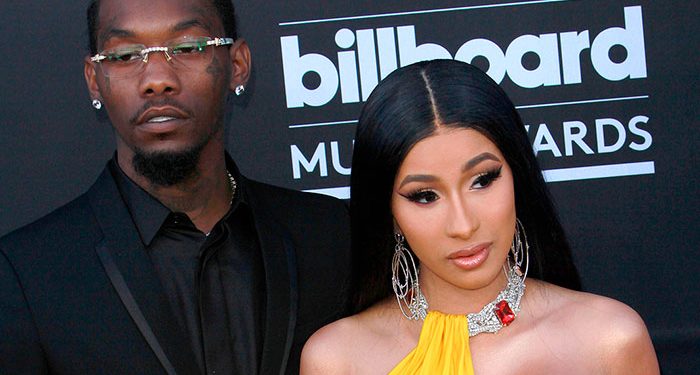 Cardi B, with real name Belcalis Marlenis Almanzar, has filed for divorce from husband Offset, with real name Kiari Kendrell Cephus. The 27-year-old Cardi B filed for the divorce at the Superior Court in Fulton County, Georgia on Tuesday on the basis that she is tired of her 28-year-old husband’s infidelity. The celebrity couple has a two-year-old baby girl named Kulture from their three-year marriage.

Cardi B’s attorney reportedly initially sought sole custody of their daughter and child support for Kulture, but she requested her lawyer to change the language of the lawsuit to reflect joint custody and deletion of the child support language. Sources said the singer wants an amicable divorce from her philanderer husband who has three other children from previous relationships.

According to court papers, Cardi B said the marriage with Offset is “irretrievably broken” and that “there are no prospects for reconciliation”. Sources said the WAP rapper caught her husband cheating again after several incidents of cheating in their three-year tumultuous marriage even though Cardi worked to ensure that the marriage worked.

Three months after their 2017 secret wedding, Cardi reportedly saw the sex tape where Offset had been cheating with another woman and would have called the marriage quits, but she decided to hold and mend the marriage on the basis that almost all marriages face crisis and that divorce is not the swift answer to marital challenges.

“I know I look good, I know I’m rich, I know I’m talented,” she said. “I know I could get any man I want — any basketball player, a football player. But I want to work out my s— with my man, and I don’t get to explain why. It’s not right, what he f—ing did — but people don’t know what I did, ’cause I ain’t no angel.”

“It’s nobody fault I guess we just grew out of love, but we are not together anymore. It might take time to get a divorce and I’m going to always have a lot of love for him because he is my daughter’s father,” she had said.

But Offset apologized publicly to his wife and promised on social media to turn a new leaf and Cardi accepted to forgo any divorce options.

“Everybody has issues,” Cardi told the outlet. “I believe in forgiveness. I prayed about it. Me and my husband, we prayed on it. We had priests come to us. And we just came to an understanding like bro, it’s really us against the world. We have come to a clear understanding. For me, monogamy is the only way. I’ll beat your ass if you cheat on me.”

But with the current divorce proceedings, it seems all is over between the musical star couple. They are due to appear in court on November 4.

Majority of Children Who Died From COVID-19 Are Hispanic, Black, or American Indians