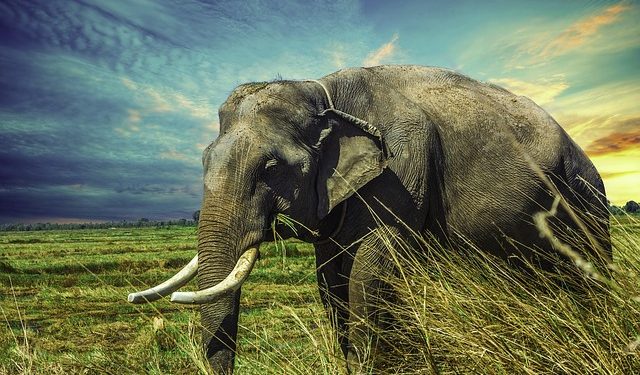 Kaavan, an elephant, dubbed the “world loneliest elephant” may have found a new home after the laudable awareness campaign initiated by singer and actress Cher, Fox News reports.

The singer was in Pakistan recently to see the elephant finally leave a zoo he had called home for several years. Many animal rights groups and other stakeholders had lobbied for better conditions for the elephant. The singer was in a meeting with Pakistan Prime Minister Imran Khan. She was scheduled to visit the elephant later on as part of her itinerary.

According to Four Paws International, the animal welfare group that led the global campaign to see that Kaavan is rescued, said the elephant would be leaving on Sunday for Cambodia, his new abode.

Kavaan had been in captivity in the Pakistani zoo for 35 years. In all of these years, he was kept in chains and never allowed to roam around. His saving grace was his partner, who kept him company. However, she died in 2012 after suffering from an untreated infection that led to gangrene.

Dr. Amir Khali, who is with Four Paws International, said that after her death, Kavaan’s partner was left to lay beside him for several days before she was removed. Ever since her death, Kavaan had remained miserable.

When Kavaan’s case got into the limelight, animal rights groups took it up. The elephant was described as being emotionally traumatized and physically unwell by experts.

Khalil, the veterinarian, has been responsible for taking care of Kavaan for about three months now. He, alongside other veterinarians, has diagnosed Kavaan as being overweight and malnourished simultaneously. The elephant had also been diagnosed with streaks of behavioral disturbances due to his long-term loneliness.

Cher got involved in efforts to rescue Kaavan and find a new sanctuary for him. She thanked the Prime Minister for allowing her to find a new home for Kaavan. She also announced that a new documentary about Kaavan was in the works and would be released soon.

Martin Bauer, the spokesman for Four Paws International, said that even while in his new abode in Cambodia, Kavaan will need to undergo years of physical and psychological rehabilitation before he could be back on his feet.

When he was assessed back in September, doctors found out that the elephant’s feet were damaged from living in an unhealthy space. He also shook his head back and forth frequently, a behavior he learned to help him cope with boredom.

Khalil, who first came into contact with Kavaan in 2016, spent three months readying the elephant for the trip to Cambodia. He was feed regularly with fruits and vegetables. This enabled him to lose about 450 kilograms. Bauer commended celebrities and other influencers that lent their voices to the campaign to rescue Kavaan.