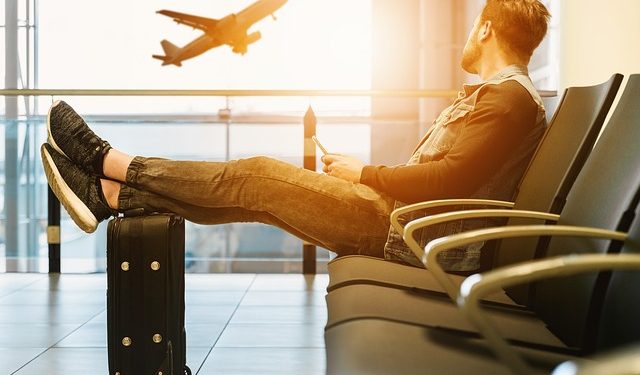 The Japanese government has planned to block foreign visitors from visiting the country due to the new COVID-19 strain discovered in the UK. The travel ban will commence on Monday, December 28, 2020, and it will remain in place till January 31, 2021. According to the Japanese foreign ministry, the travel ban is not only on travelers from the UK but also on travelers from countries where the new coronavirus variant identified as B.1.1.7 has been recorded.

The ministry clarified that Japanese citizens and legal residents will be allowed access into the country on the condition that they quarantine for 14 days, the NHK revealed.

The government in Tokyo announced that two new cases of the B.1.1.7 strain were discovered on Saturday with two UK returnees, and the cases were not discovered at the airport but within the metropolitan city of Tokyo. Meanwhile, health officials had gone ahead to discover that five other travelers from the UK had the new COVID-19 strain during screening at the airports in Japan.

Given the British PM Boris Johnson’s remarks that the new strain maybe 70% more transmissible than the existing global strain, Japan and several countries in the EU have imposed travel restrictions from the UK. The new strain of coronavirus has also been discovered in Canada where two persons who did not travel outside the country had the disease in Ontario. Four people have the new COVID-19 variant in Spain, while one person has it in Sweden and another person has it in France.

Some of the countries that suspended travels from the UK include Argentina, Belgium, Brazil, Canada, China, Colombia, Germany, India, Italy, the Netherlands, Russia, and Spain. Other countries also imposed travel restrictions on Australia, South Africa, the Netherlands, and Denmark where the B.1.1.7 strain has been confirmed.

Meanwhile, COVID-19 vaccines are now rolling out in various countries in North America and the EU with millions of people sure to be vaccinated in the coming weeks. European Commission President Ursula von der Leyen explained that vaccines promise to be effective against the new B.1.1.7 COVID-19 strain and that people need not worry since it is certain that “vaccination is the lasting way out of the pandemic”.

How to Build Your Online Brand with the Help of the Internet?